The Vanishing of Ethan Carter Redux Out Now!

What is The Vanishing of Ethan Carter Redux?

Story-wise both games are identical. There are no extra quests or secrets in the Redux version. Note that “Redux” is sort of an unofficial tag, we do not even feature the word on the game’s art.

You can buy the game (and, as mentioned, get both the original UE3 version and the UE4 Redux remaster) on Steam or GOG.

Why didn’t you make the game in UE4 from the start?

When we started developing the game in 2012, UE4 was not production ready yet.

Why did you remake the game in UE4?

1. UE4 supports the current generation of consoles out of the box, and UE3 does not (big studios can rewrite parts of it to achieve this feature, but for us it made more sense just to redo the game). That allowed us to make the PS4 version, already out.

2. UE4 is future proof, and now so is Ethan. It should be easier for us to support new platforms as they emerge, or to attempt supporting already existing platforms like Mac or Linux (we will look into those right after the release).

3. UE4 made it easier for us to add some new features to the game.

What new features does the Redux offer?

1. A new save system. The UE3 version saved only entire solved areas. This was not the worst solution imaginable for this particular game but it was confusing. Now the game simply saves the state of the whole world right after most player actions, so you can exit the game at any time and when you come back the world will be restored as expected.

2. Invisible or barely visible streaming of new areas. You can run from one corner of Red Creek Valley to another nearly without a hitch. In the UE3 version, the streaming could freeze the game for a second or so, depending on the PC.

However, this comes at a cost. UE3 version is quite low-end PC friendly, and does not have demanding hardware requirements. UE4 version requires a 64-bit Windows and minimum 6 GB of RAM. If that’s not what your system has, we recommend playing the UE3 version. Again, story is exactly the same in both versions.

3. No more backtracking. Some PC players complained about the need for backtracking at the end of the game. It’s not always the case, but it’s hard to explain why without spoiling the game. Let’s just say that we believe the problem was fully eliminated in the Redux version.

4. Some PC players found a section of the game too scary and/or too exhausting. We have tweaked a few things to make sure that it flows better – without compromising the original vision.

Any graphical enhancements in the Redux version?

There were literally hundreds of smaller tweaks and updates to the visuals. It’s probably not something a lot of people will notice, but we could not help ourselves and made sure that the new version is as flawless as possible.

Also, we have extended the palette of options for the advanced PC players. Multi-monitor set ups or non-standard screen ratios should work nicely now. Internally we call Redux as “The Vanishing of Ethan Carter PCMR Edition”.

The Vanishing of Ethan Carter Redux features something called Resolution Scale. Most people will want to leave it at 100%. Those with minimum specs might want to lower it to e.g. 70%. Those with powerful hardware can go e.g. 200%: the game will render internally at twice the current resolution and nicely scale down the image to display it at the current resolution. Such technique produces an image of higher quality than most anti-aliasing solutions. Or, as our graphics programmer insists, “as an alternative to anti-aliasing, such technique produces the extra pixels to help reduce jagged edges.”

The effect is best visible in motion but even this static screen can show the quality of the produced image: 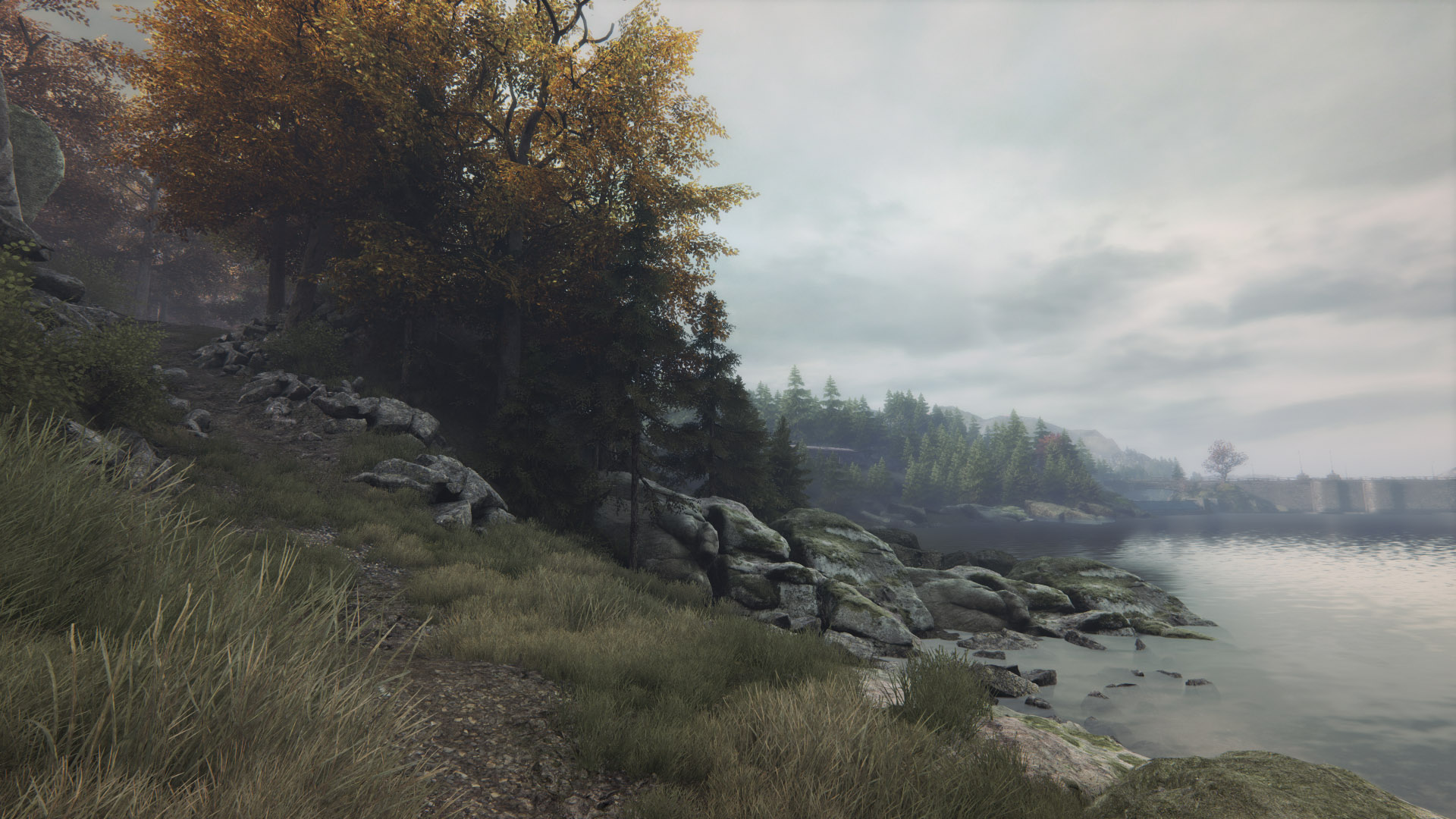 What are the anti-aliasing options in the Redux version?

Does the game support DirectX 12?

No, not yet. The current version of UE4 has an experimental support for DX12, and it really is experimental and thus too risky for a public release for us. As soon as there’s the final release, we will add this feature to the game.

I have issues with the Redux version…

We are publishing this post at the time of release, so we do not know yet what potential problems are there with the Redux version. We have tested the game extensively, including the services of a professional QA company, but nothing compares to the public release. Of course, we will try to fix any issues that the players might experience.

Please see the second part of this post we published when the PS4 version was released.

Tell me about the secret exe.

Launch it and the UE4 console is now available to you during the game. Feel free to mess around with its commands, assuming you know what you’re doing.

Let’s start with a few smaller things then talk about a big one: disabling VR.

Wait, what? You disabled the VR support?

We know very well this decision will anger a few people. We have hired security experts and barricaded ourselves at an undisclosed location.

But look, we are not insane. There are good honest reasons behind this move.

We are happy people like the way Ethan looks in VR…

If you have a DK2 and a high powered rig, stop what you are doing & play The Vanishing of Ethen Carter Redux in #VR NOW! thx @TheAstroCrew

…but this support was added by accident (just compiled the game with VR modules on). We are indeed working on a proper VR version of the game, but whatever you have seen was not it.

First, there are technical issues with the current implementation. They exist because we have no dealt with them yet.

Third, any VR developer worth their salt will tell you that making a VR version is not as simple as clicking “enable VR” button. Even when a game technically runs flawlessly, with no visual bugs and with silky smooth framerate, VR is also about proper control systems and avoiding non-VR friendly solutions that all “normal” games feature without a second thought.

To give you an example from Ethan, when you enter a railcar, a first-person animation takes over for a few seconds. This is not an issue in the 2D or even 3D version, but is a nightmare for some people in the VR version. It’s confusing at best, and sickness-inducing at worst.

This is just one of many such issues, some of them much bigger than this. As I said, the game requires some serious redesign in a couple of areas.

There will be a separate game or a DLC (have no decided yet but we will make sure the current owners are happy) called The Vanishing of Ethan Carter VR, but the reason to disable VR now was not because we want you to pay up first. It was because the current implementation is buggy and we already see people complaining about it in Reddit and Steam forums. “Buggy” is not even a proper word for something that is not a release. But the point is: we do not want anyone to get an impression we have done something half-baked and not up to our standards.

More importantly, the current version of the game is not designed for VR.

Some people say The Vanishing of Ethan Carter does look and feel already like a game designed for VR, and that is somewhat true. The photogrammetry tech, the design focused on immersion and sense of presence, the 3D in-world UI – all these elements have the potential to make the VR version of the game something special.

We just need more time. A lot of work is ahead of us, both from the tech and design points of view.

We just released the first bigger patch for the Redux version, but right after that is done, we will start the work on Ethan VR. So much work is planned that it feels like this game will be our second remake of the original (Redux being the first).

Redux took us a year, but VR will not take as long. Our ETA is the first quarter of 2016. We believe the final result will be worth the wait. It will go beyond just “enabling VR”. This will be Ethan you have not seen before. Our goal is the make Ethan the ultimate VR experience, one that proves that VR is no longer just something with a potential, but, well, a reality.