How is Ethan PS4 different to the PC version? Will there be [insert favorite platform] version? What’s next for The Astronauts?

Here is a little FAQ on the current state of affairs. 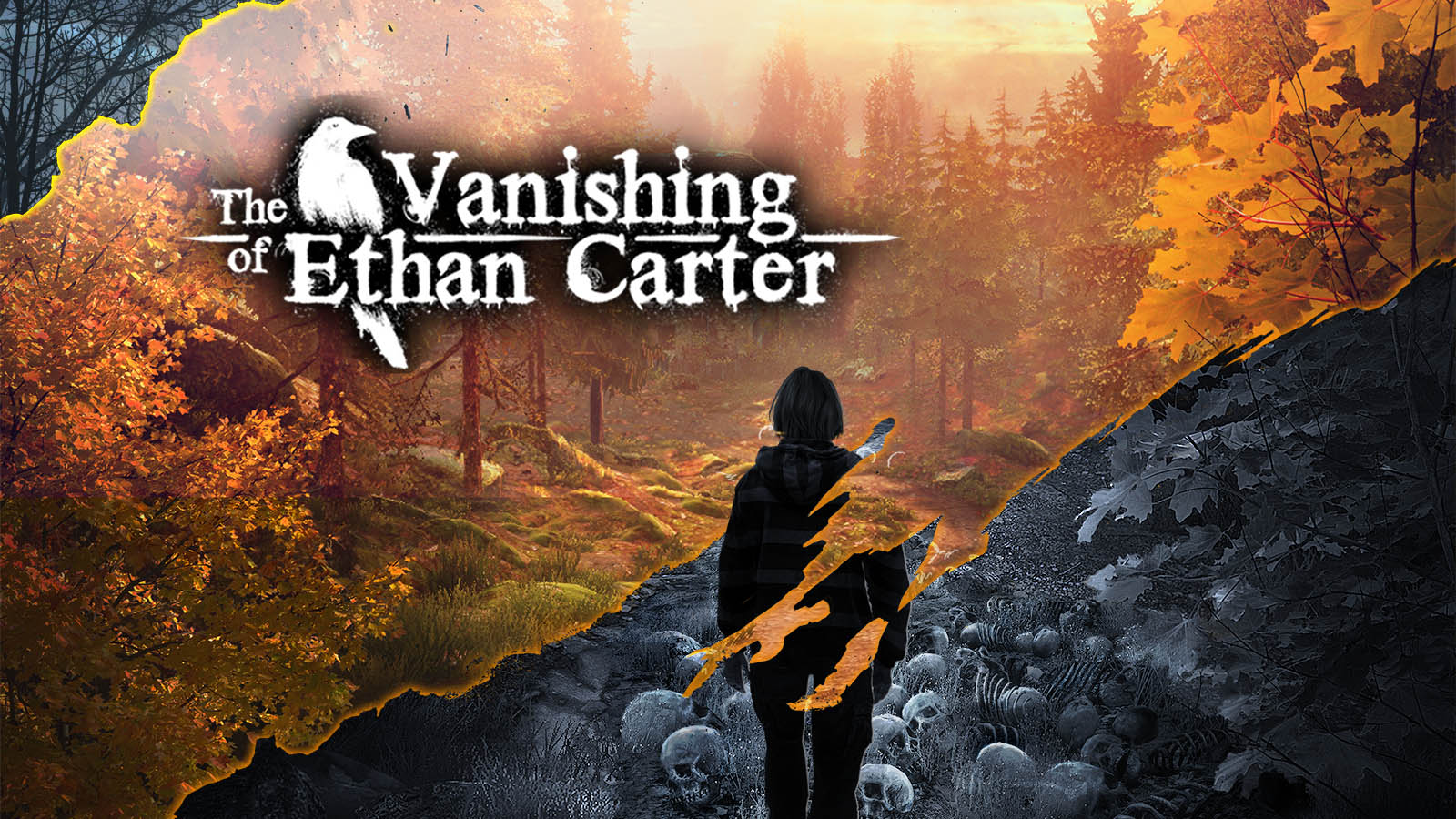 Happy that The Vanishing of Ethan Carter was just released on PlayStation 4?

No. For a game developer, the release means fear. The fear of bugs that people will surely discover or the fear of rejection or indifference. 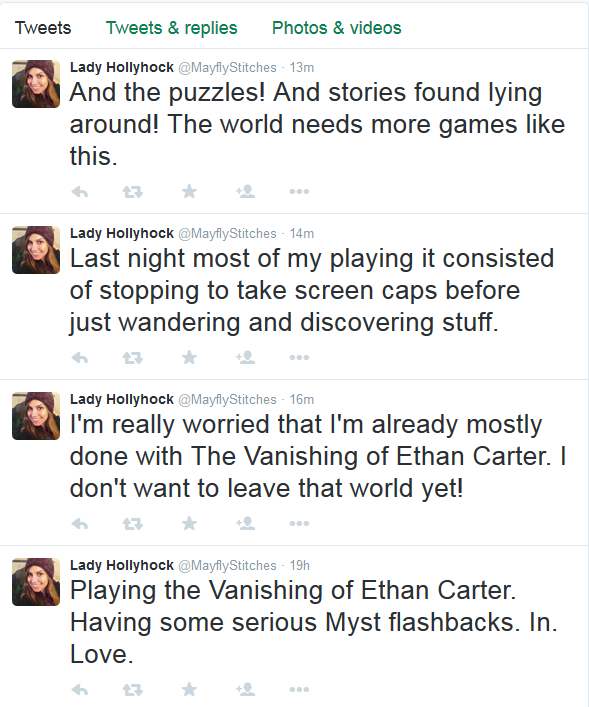 Is the current PS4 version of the game the final one? No more patches?

Originally, this section of the post talked about the 1.01 patch. The game is now at 1.02 and that is indeed the final patch. No issues were found with this latest version, seems like this is it.

The important addition to 1.02 was the choice whether to lock the framerate at 30 fps or to unlock the dynamic framerate.

Is the PlayStation 4 version of Ethan Carter different to the PC version?

The PC version was made using Unreal Engine 3. We wanted the game to be Unreal Engine 4 from the start, but the engine was not production-ready in 2012, when we started the development.

Today, the engine is ready, and we have remade the entire game from scratch on Unreal Engine 4. Making a game that’s already been designed and released was a good opportunity to learn Unreal Engine 4 the slightly easier way than if we were making a completely new game.

More importantly, Unreal Engine 3 does not support the current generation of consoles for obvious reasons. Some gamers believe that a few lines of code would solve the problem and voila, UE3 on PS4. That is definitely not the case. Some developers did spend months to write their own extra code for Unreal Engine 3 but that’s not a viable solution for a small team and a visually complex game like ours. We know because we tried.

Also, ultimately we figured it just made more sense for us to redo the game in Unreal Engine 4, which is more future-proof – e.g. the coming support of DirectX 12 – and has some additional benefits thanks to its modern structure.

Okay, so the PS4 version is UE4, but how exactly does that make the game different?

It was very hard for our small team to make a proper save system in the Unreal Engine 3 PC version. That is why the PC game simply saved a solved fragment of the current area of Ethan’s open world instead of just everything. The system wasn’t particularly bad, but it was certainly confusing.

With the way Unreal Engine 4 is constructed, we could finally afford the proper save system. Now, the game saves the current state of the entire world. When you exit the game and then return to it later, well, everything is as it should be. 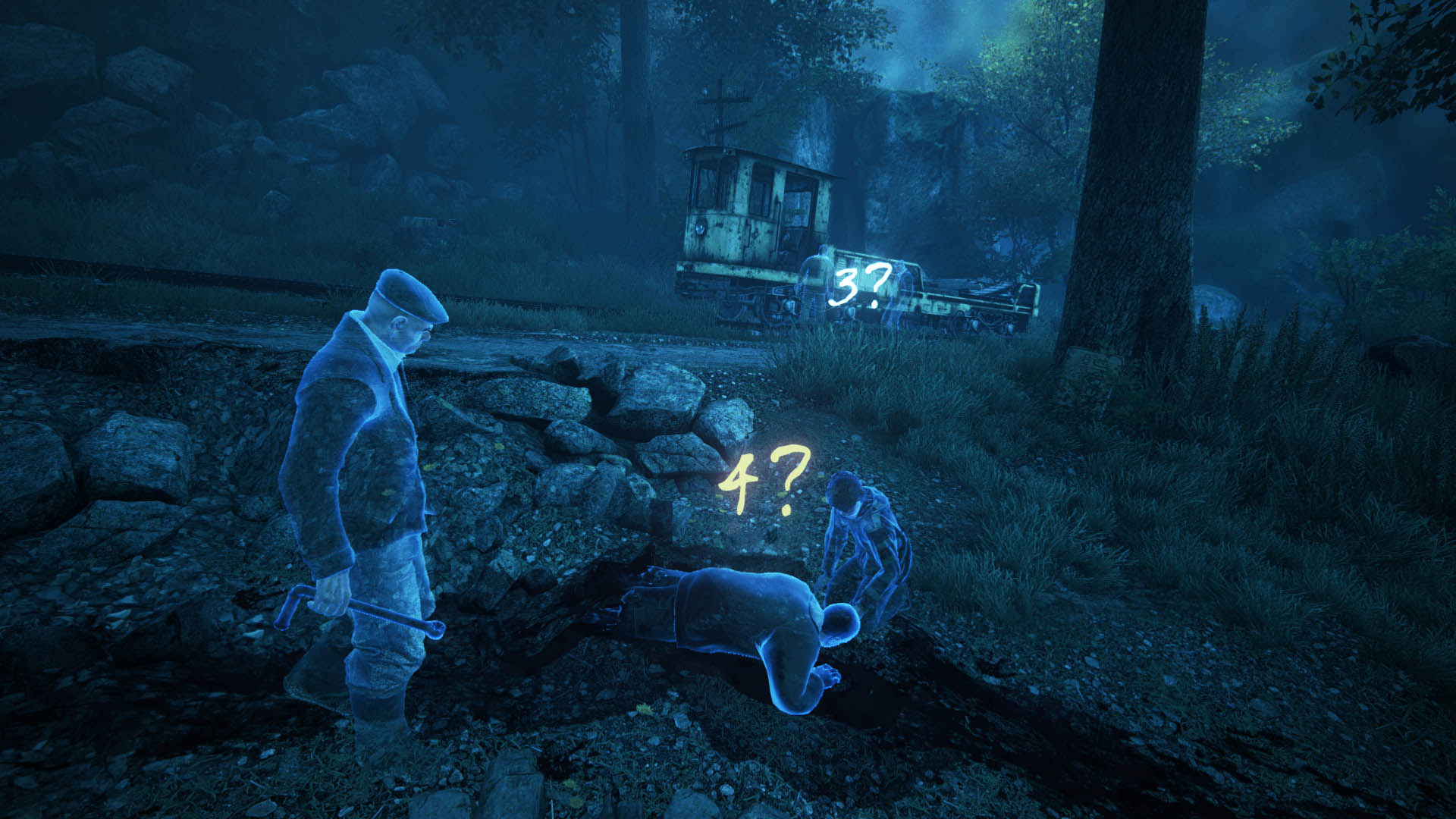 Any other benefits of switching to Unreal Engine 4?

For us, it’ll also be much easier to possibly port the Unreal Engine 4 version to different platforms in the future.

Any improvements that are specific to PlayStation 4?

Yes. Knowing exactly how much RAM we have to our disposal, we were able to set the game in a way that basically eliminates any data-streaming stutter or hitching when moving around Ethan’s fairly large world.

Also, PS4’s cool things like a screenshot or video capture, or remote play, are fully supported.

Any other improvements in the PS4 version?

First, some PC players complained about the need for backtracking at the end of the game. It’s not always the case, but it’s hard to explain why without spoiling the game. Let’s just say that we believe the problem was fully eliminated in the PS4 version.

Second, some PC players found a section of the game too scary and/or too exhausting. We have tweaked a few things to make sure that it flows better – without compromising the original vision.

Third, there were literally hundreds of smaller tweaks and updates to the visuals. It’s probably not something a lot of people will notice, but we could not help ourselves and made sure that the new version is as flawless as possible.

EDIT: Candyland has released a comparison video, PC/UE3 vs. PS4/UE4. 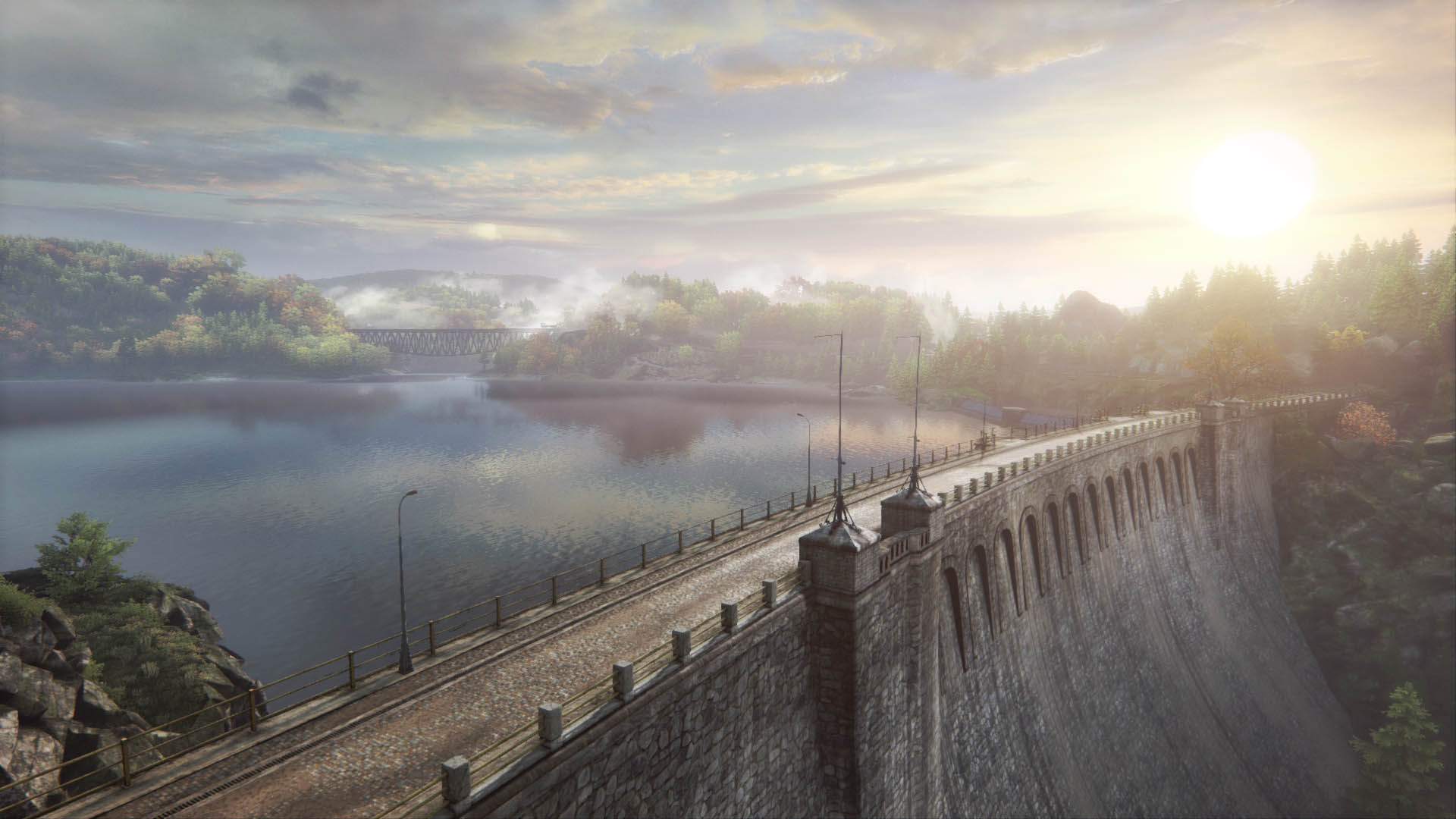 It’s important to remember, though, that The Vanishing of Ethan Carter PS4 is still the same game at its core. It tells the same story, has the same achievements, etc. We did not go all George Lucas on the game. We do believe, though, that the improvements were necessary and made the game better without changing its spirit.

Is there going to be a retail box PlayStation 4 version of Ethan Carter?

Will that improved Unreal Engine 4 version be released for PC?

Yes. There will be a free patch for the PC version of the game. Then, when you start the game, you will be able to choose between UE3 and UE4 version. That is the plan, at least. But whatever is the final solution, again, the patch will be free.

Actually, we are currently working on the PC patch as we write this. It is still a few weeks away, as we need to do some extra PC stuff too, like proper handling of different screen aspect ratios, etc.

If you have a powerful PC, the visuals will blow your mind in Dynamic Super Resolution mode.

Ethan is a perfect game for VR, isn’t it? We are looking into it, and want to do this, and have some ideas on how to do this. It might mean a partial redesign and remake of the game in order to assure the best possible experience. We have already made a few cool prototypes.

Will the VR version be a free update?

We don’t know but possibly not. It simply depends on the amount of work that is going to be needed to make a proper VR experience. As mentioned earlier, it looks like it’s not going to be just a few lines of code, but a serious rework of the game. Making a true VR experience is not about simply enabling 3D rendering on your existing game. 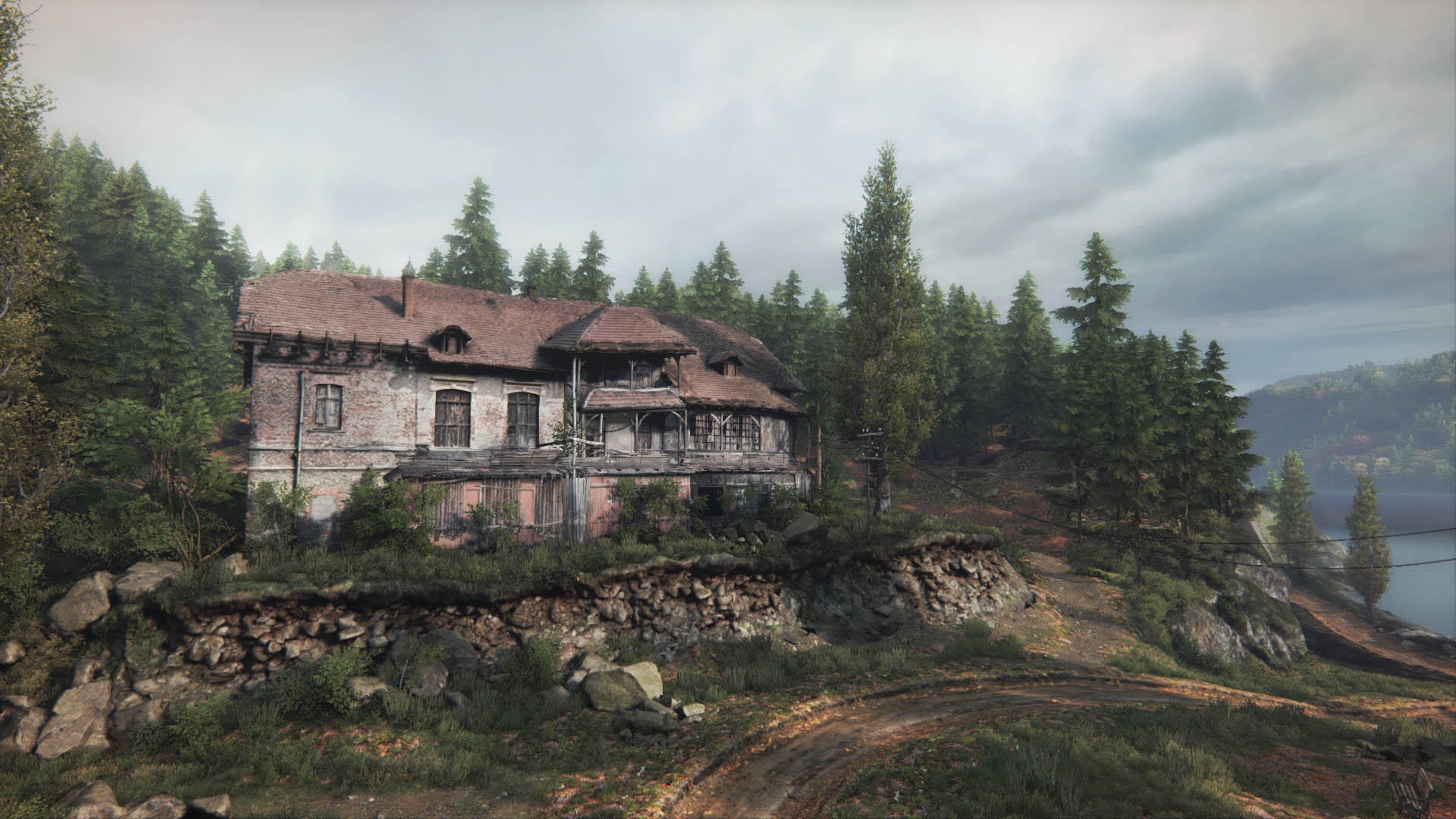 What about Xbox One?

Ethan Carter is a PS4’s “console first” exclusive. Will it ever appear on Xbox One? Honestly, we do not know. One day, maybe, but it depends on a lot of factors. We are a small eight-person team, for one. Sorry to not be able to give a straight answer. The only reason for that is we don’t want to make a promise that for unseen reasons we might not be able to keep.

…and Mac, Linux or SteamOS?

It should be easier to port the game to Linux/Mac/SteamOS with UE4 than it ever was with UE3. One of our programmers dealt with such ports in the past. Right after the PC UE4 release is done – in a few weeks, hopefully – we will then investigate how much work the aforementioned ports would be. Please follow our Twitter for any news on that front. 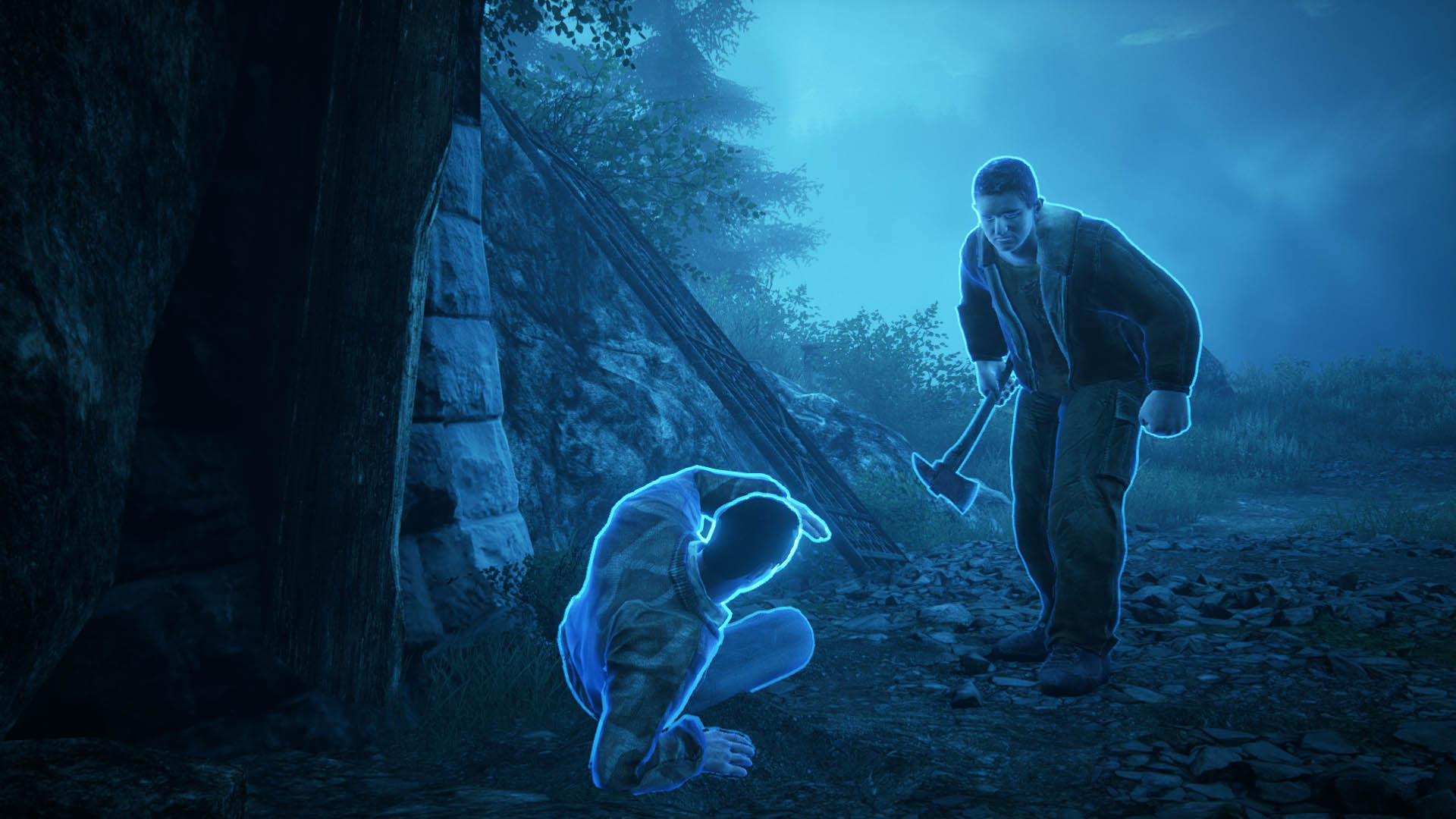 What’s next for The Astronauts?

As you can see, we will be quite busy with Ethan Carter for a while. But not the whole team is needed to support the updates, ports and redesigns all the time, so we sort of started a new project anyway.

It’s not going to be Ethan Carter II or anything similar. Ethan Carter is a very special game to us and one that was designed not with sequels in mind. It’s not a template for future games. It’s a one-off, and repeating the mechanics in any other game would feel forced.

We are still very interested in merging gameplay and story-telling into one cohesive whole, though. Making the two indistinguishable from each other.

In movies, you can make a dream-like film or a documentary. Same with games. You can have a slightly surreal metaphor or a hardcore simulator. Our interests lie in “holodeck” fantasies and taking you to alternate worlds. That is the plan for our new game.

Our goal is to make a game that has something to say but also does it exclusively in the language of video games. If it cannot easily be turned into a book or a movie, that’s exactly what we are aiming for.

Ethan Carter was the first step towards this goal, but we will keep pushing the gameplay side of things. Expect heavily increased player agency and freedom, much longer playtime, and emergent gameplay. There may or may not be tools of violence.

One thing that stays is our dedication to great visuals. We will keep using the photogrammetry. However, with Unreal Engine 4 we are after the real-time lightning this time, so expect the dynamic weather and other cool things.

That’s all we can say at the moment.

@TheAstroCrew Are The Astronauts as stunningly attractive as they are talented? :)