I guess this blog post was inevitable. I am sure that it’s not the first or the last post on the subject of wanna be game designers, but I am not sure if we were particularly honest with ourselves before.

And by “honest” I mean “brutally honest”.

The answer is that yes, we were. Like, here and here. And yet nothing ever changes. Every game developer’s inbox is full of emails from people who “have this brilliant idea for a game”. So it seems like we need to keep saying this every single year: nobody cares about your game idea.

But let’s begin with a fun story about a game developer’s life.

Meet Marek Panczyk. He is a programmer at Big Daddy’s Creations. His studio was about to release their new game, Eclipse: New Dawn for the Galaxy. But after four months of an insane non-stop crunch, he needed a break, and his family needed him. So they all went on a little vacation to this cute quiet little place far away from the city. Marek still planned to do some work, though. I mean, it’s Internet and cellphones, we are all connected, so what could go wrong?

As it turned out, everything.

Now, trust me, the entire story is amazeballs, but to keep this blog post’s length sane, let’s just say that the game was released a bit earlier than anticipated and Marek had to deal with an onslaught of emails. Except the reception was so bad in the area, that the only place he could get a signal was in the middle of a random meadow.

Take a good look at this picture. 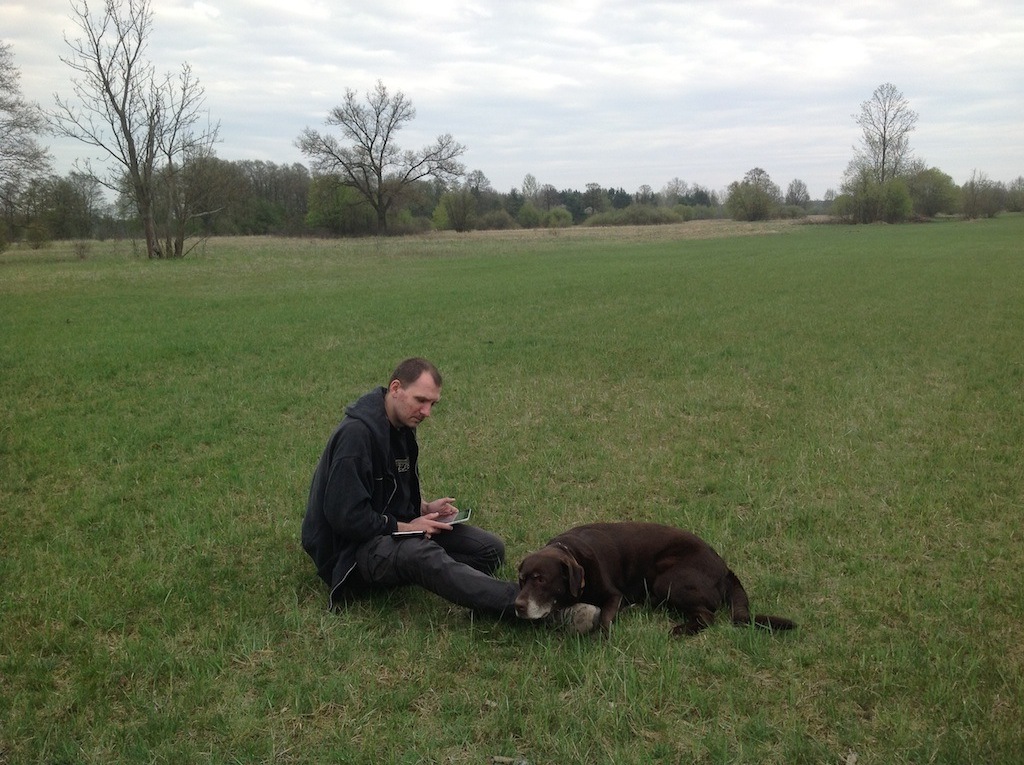 What you can see here is Marek with his dog (who just chased away two deer), working on his iPad, with the iPhone serving as a hotspot. This is how Marek spent the first day of May: sitting on the ground in the middle of nowhere, freezing his ass off, and writing tons of email on a clunky keyboard of a touch device. One tick attached itself to his temple, and the other to his neck, but he did the job he needed to do.

This is real world game making. It’s a lot of hard work, and it requires passion and dedication, and Marek’s adventure is a perfect metaphor for it all. Except it’s not even a metaphor. It really happened.

And you expect people like him or thousands of other game developers to drop everything and jump on your game idea, even though they have no clue who you are, they have no need to know who you are, and they have ten million more important things to deal with. All because you promise that your game idea is “great and unlike anything else out there”.

Now I could explain it to you how an established studio without tons of their own ideas to keep them busy until the end of time does not exist. And that they have no need for any external ideas whatsoever, even if they are looking for game designers to help them bring the ideas they already have to life. And that you have no idea how a game is made, and how a game studio operates, because if you did, you would have never contacted us about making your game.

But there are two way more important reasons why we ignore your emails, or reply with a template, or sometimes reply in person just so you don’t hate us on gaming forums.

First, you are clearly insane.

Second, and get ready, because this one is really going to hurt, you don’t actually want to be making games.

I’ll let you in on a little secret. The very fact that you email someone proposing they make a game based on your design is the reason why they will never make your game. Because only delusional people believe they can get their game done this way, and why should we trust delusional people?

Think about it this way. Someone knocks at your door in the middle of the night. It’s man in dressed as a parrot. He says he can make you rich if you allow him to handle your finances. What do you do?

Getting en email or being grabbed at a random conference by someone saying they have a fantastic idea for a game feels exactly like meeting the parrot man. You know he is out of touch with reality, so you won’t give him any money or time.

It does not matter what you have to offer. You are clearly insane. And who wants to do business with insane people? 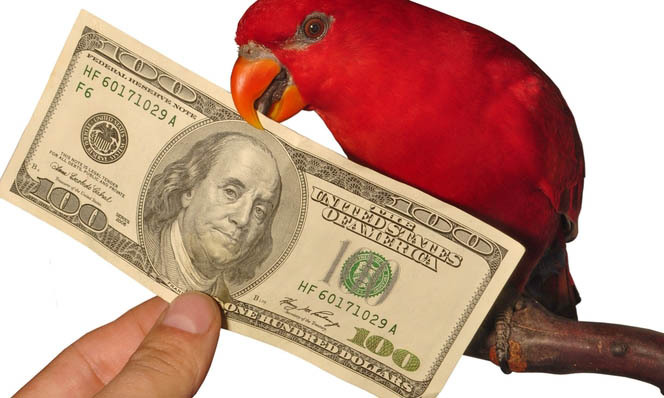 Tell me, how many e-mails from people you never met who promise you “a great return on your investment” have you answered?

Tell me, how does your email, asking us to give your game idea money and resources, differ from the one above?

“Because these emails are a scam, and I am an honest man”, you say?

No. There is no difference, really.

The chance that the “we will wisely invest your money” email is not a scam is, let’s say, 1%.

The chance that you, who have never made a game before, have come up with a phenomenal game design is exactly the same, 1%.

Because bad designers don’t know they are bad designers, just like those ridiculous amateurs on American Idol have no idea they cannot sing to save their life. Just as you laugh at these fools when you watch the show, we sometimes read your designs for shits and giggles. Because the truth is, we have never seen a random design being any good or original, but they do provide for a good entertainment.

Because there is not a single success story where a random stranger emails a game studio with his game idea and boom, they make a game based on his design. And yet somehow you don’t know that. And if you lack basic Google skills, how can we trust your game designs?

Because the world is full of people who believe they can write books, make movies or design video games, but they have never proven they can. It’s just what they love to think when they are old and bitter and look back at their life and think “Man, I wish I pursued that writing career, I had this great idea for a book”.

Yeah. Why the hell didn’t they write that book?

Because the truth is, they never really had it in them.

And you don’t have it either.

Let me tell you how I got into this business.

Almost everybody in the communist Poland was poor, but my family was a bit poorer. I’m not fishing for sympathy here, I am just explaining the background. The only way I could get access to a computer was if I visited a friend with one. In order to convince them to let me touch it, I always offered to write a game we could play together. Then I made a game in an hour or two, we played it for half an hour, then we turned the computer off and the game was lost forever.

Later, I got a way to sell some of my games. Yes, I was making and selling games before I had a computer. Of course with the first money I’ve earned I got me one. 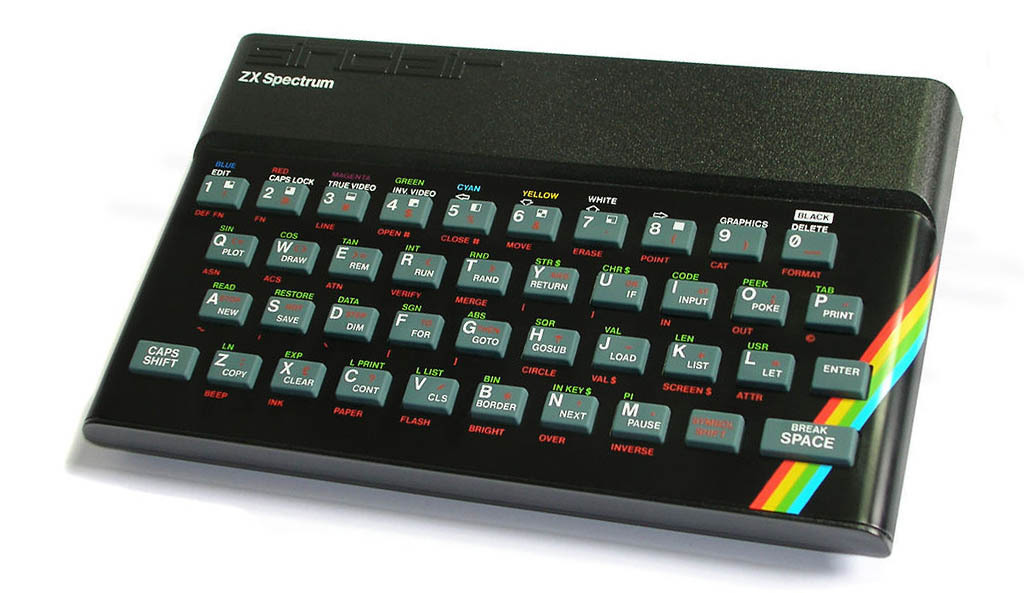 How did I learn how to make games?

In the 1980s there was this magazine in Poland that published lessons about the low-level programming language for ZX Spectrum. The magazine had nothing to do with computing or gaming, but hey, this was 1980s Poland, and life was weird. Anyway, this was long before any printing service in Poland used computers, so the entire process was manual and analogue. Because the compositors had no idea what they were looking at, they were screwing up a lot of the examples in these articles. For example, something like this:

Now, assuming you have no idea about the assembly language for ZX Spectrum, tell me what is wrong with this bit of code:

Black voodoo magic? Yes, exactly, that’s what it was to me. Not only I had no idea what the assembly language was, but the code samples I had were all screwed up. I was like an archeologist who was trying to decipher an ancient book that was written in an unknown language by a dyslexic alien.

And now you have the Internet, games with editors, game making tools, free graphics and audio libraries, and a PC with a hard drive.

So don’t tell me it can’t be fucking done.

If you want to be making games, don’t send me an email you want someone else to do it for you.

This is where you have to realize something. You don’t want to be making games. You just love games and have something to say about them, and they inspire you. But you are not a creator. You have as much passion for game making as I have for an electric guitar: I want to rock the stadiums that look like a sky full of lighters, but I sure as hell will never learn how to play one.

It’s fine. You’ll find something else that genuinely works for you.

And if I sounded angry in this blog post, I am sorry. Obviously I know you are not literally insane, you are just naïve and fresh, and you love video games deeply. But when I stare at yet another email from someone like you, it just hurts. You are like a child who painted this atrocious picture and wants his neighbor to frame it and hang in the living room. And it pains the neighbor to tell the kid the truth, but at the same he surely doesn’t want to have the picture hanged on any of the walls, even if it’s the basement.

Game making is just not for you, man. It’s all right.

The remaining 1% who have finished a game or a mod? Welcome to the club. Step one: complete.

Are you ready for a hundred more?