Gamers are the ultimate trolls

Can you guess what’s doubling game budgets and development time? It’s not technology. It’s not “finding the fun”. It’s not asset creation.

It’s you and me, the gamers, the ultimate trolls.

The last time I wrote a game design document – for Gears of War: Judgment – it was well over a year ago. So I kind of forgot how it feels to work on one. This past weekend I have started writing a new document, for The Astronauts’ first project, and it all came back to me. The excitement. The despair.

Allow me to explain.

A friend once told me a story about his experience with a certain ancient video game. He was working as a video game journalist at the time, and he attended the game’s reveal party. The demo began with him in a small room. The door right in front of him opened. So …he turned around and started walking. He got past the wall and exited the game level.

The PR people got five years older in those ten seconds. It was a simple bug, really. Someone forgot to place an invisible blocking wall behind the player’s back. No one assumed that the players would not go through the giant ass shiny door that just opened in front of them.

What is the first thing that a lot of people do when they start a game that features a sidekick?

They shoot the sidekick.

Anything else they do?

Oh, but of course. They check if a chair can be pushed around. See if glass breaks. Jump on stuff. Look for weak textures. See if bullets leave holes. Tea-bag the first enemy killed. Try to open every door and every drawer. Stare at the grass to see if it moves. Check if they cast a shadow.

In other words, they do things that would not make a lick of sense in the real life.

Imagine yourself with a paintball gun, role playing bank robbers with a bunch of friends. When the “game” starts, what’s the first thing you do? Is it running away from the bank or trying to melee the team mates with your gun?

Or when you’re having a family dinner, do you club the china, or try to jump on top of the TV?

Yet when it’s a video game, well, that’s exactly what a lot of us do.

Gamers are the ultimate trolls.

I am guilty of this myself, of course. When Half Life started and the creators were showing me the living, breathing world outside of the rail car, I was too busy to notice, trying to jump out of the car through the window. In Half Life 2, when Alyx was telling me something important, I couldn’t hear it over the explosions of the grenades I kept throwing at her.

But where does it all come from?

First, years go by and yet we’re still astounded by what a fantastic toy a video game can be. Look, I reflect in the mirror! Holy shit, I shot a tree with a rocket launcher and split it in half! I destroyed a lamp, and now it’s dark in the room!

And because each year the mirrors and the trees and the lamps get better and better, and because game developers keep adding new ways of interacting with stuff, the devil’s voice inside our heads keeps inviting us to mess around. And we listen, because it’s guilt-free and no one gets hurt. At least that’s what we think.

Second, almost every game has a different set of rules. Some allow you to jump, and some don’t, in some you can break stuff, and in others you cannot. It’s like with every new game we’re landing on a new unexplored planet. It’s only natural we feel the need to poke around.

Third, it’s because those damn game developers conditioned us to behave like idiots. With secret areas that require players to shoot an innocent looking wall and jump three times on the head of an iron monkey. And with Achievements and Trophies granted for searching every corner of a room, even though our friend is bleeding out on the floor.

Problem is, just because we like to stick nails in electric sockets, we increase AAA game budgets by millions of dollars. 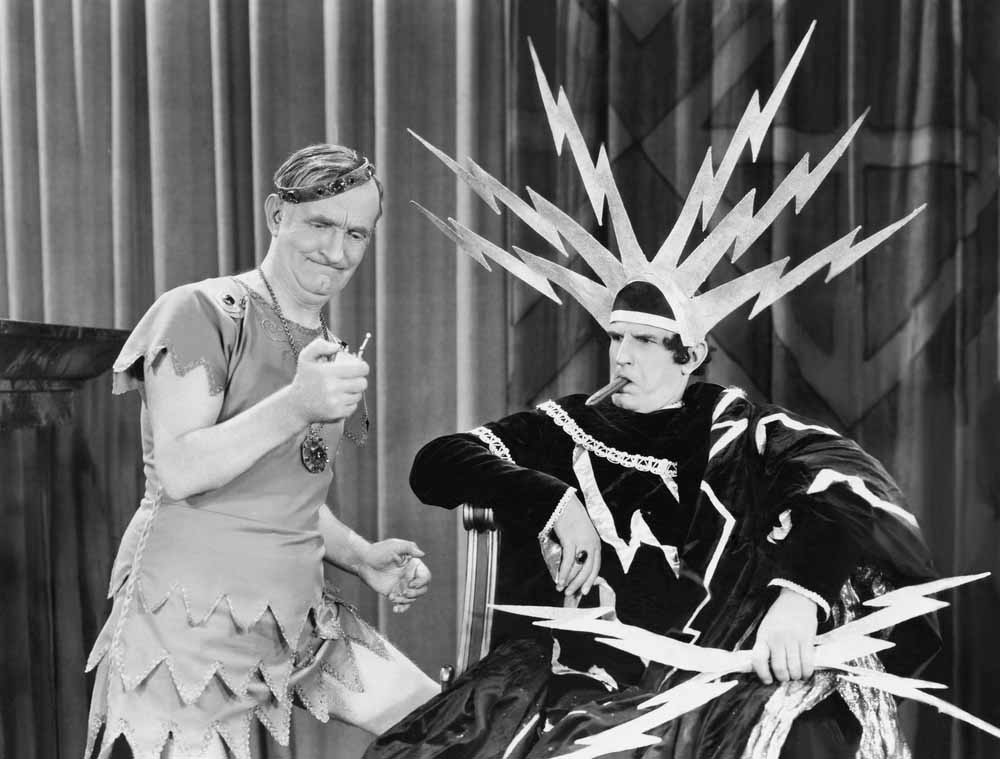 Almost every game could be done for half the price and twice as fast if not for the fact that it needs to feature a metric fuckton of anti-troll security measures.

Let me give you an example. Here is an imaginary dialogue between a level designer (LD), a game designer (GD) and a producer.

GD: Do we have that section with the room that’s being flooded?

LD: Yeah, let me show you. So we’re here, and then the pipe breaks and the water starts to fill the room. The sidekick screams: “This way!”, and climbs up the ladder to the upper floor. The player follows and we…

GD: Wait. What if the player stays in the room?

LD: Why would anyone want to stay in the room?

GD: Doesn’t matter. Some people do that.

LD: Well, for now the water just gets to a certain height, and it actually never fills the room.

GD: So you’re saying that if someone stays in the room, they will quickly realize it’s all smoke and mirrors?

LD: Hmm. Yeah, we don’t want to ruin the immersion. Okay, let’s fix this. Let’s have it so the players do drown if they don’t leave the room. But the sidekick should keep encouraging us to follow him.

PRODUCER: Wait. Let me get this straight. We need to produce additional water effects, record extra sidekick voice-overs and mo-cap new body and face animations, have vfx artists produce underwater screen post-process, have the programmers hook it up, and create drowning animation, sound, effects and code?

All right, in real life the producer would just laugh and bitch slap the game designer silly, but I hope you get the point of this little scene.

That’s why, by the way, The Walking Dead, everyone’s 2012 GOTY, worked so well. It looked us straight in the eye and said: “You know what? Fuck your freedom. You’ll only do stupid things with it. That’s not what our game is about. Now go and enjoy emotions.”

But not every game is like that. Most games are a mix of “fun” content and “security measures” content: blocking volumes and bloated level scripts that are 20% action adventure, and 80% anti-troll triggers.

And it all needs to be done for the entire game, even though it’s usually just the opening of the game that people harass. Later on, after we lose ourselves in the game, we go with the flow and stop doing silly things. And yet the developers still have to apply the same “what if” security measure every step of the way.

That’s a lot of work, and a lot of money.

Sadly, that’s not even the end of it. No, it gets worse. Sometimes the designers cripple their games and give up on some features just because the know that gamers love to fuck around. But that’s a whole different story, for another time.

Luckily, there’s plenty. I just gave one example with what The Walking Dead has done. The other solution I like is just to …ignore the problem.

I think it was one of the Skyrim developers who said that the secret to their game (from the budget and production scale point of view) was that they actually sort of ignored the trolls. If someone wanted to screw up their experience – no problem. That’s why you have all these videos with people putting buckets on poor shopkeepers’ heads. The developer just didn’t care. It seemed to work for them just fine.

I wish I could be this brave. I need to learn how to be this brave. Because I’ve just wasted the last two hours staring at my new game design document, and thinking: “But what if they go through the bridge backwards”?

And of course now that I wrote about it, I need to think of the solution. Because some of you will actually attempt to do that when our game is out. *sigh* :)

Update: You may also want to read this interesting discussion on Metafilter. For example, I loved the point that “ook” made: Seriously, though, I think the Skyrim approach to this problem — let the users screw around if they want to, and don’t worry too much about it — is absolutely the correct one. If your player decides to hang around in the room filling up with water, you don’t have to worry about the immersion-breaking of them discovering that the room never actually fills up with water. Because if they’re making decisions like “let’s hang around in this room that’s filling up with water” their immersion in the story is already broken.