Why we need to kill gameplay to make better games

We love video games for being video games, right? At least that’s what I thought all my life. But after a reboot of my designer brain happened, I was stunned with the discovery that it might not necessarily be true.

Let’s do a little experiment.

Think about your favorite, most memorable moments from the single player part of each, then read below if I have managed to guess any of these moments.

MODERN WARFARE 2: No Russian. You take part in an airport massacre of hundreds of civilians.

GRAND THEFT AUTO 3+: Driving around, listening to the radio.

UNCHARTED 3: The desert section. Dehydrated, tired Drake walks in circles in the desert’s heat and cold for two days.

What do all these moments have in common?

That’s right. You heard me.

If we understand gameplay as something that a challenge is a crucial part of, then none of these moments features any gameplay. You just walk, or swim, or ride a horse, but that’s it. You cannot die. You don’t make choices that have any long term consequences. No skill is involved.

There is no gameplay.

Because it means we still don’t understand video games. And if love them so much already, imagine what will happen when one day we will actually understand them.

If you read discussions like Most Jaw-dropping Scenery or Sequence in a Game you can see that the things that people remember from their favorite games are:

And, on the other hand, in threads like that no one ever talks about the regular gameplay. No one mentions combat zones, jumping sequences, or enemy variety.

In other words, game experiences we love to share with others are usually not about the regular second to second gameplay. Our brains don’t consider it worth remembering, and the only thing we usually have to say for it – especially months or years after we finish the game – is that “the gameplay was cool”. 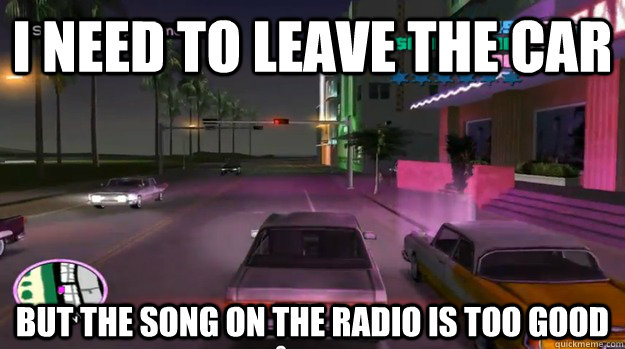 Is there an explanation?

I think so, and I also think you’ve heard that one before. It’s just weird that not many people do anything with it.

I think than when we’re focused on overcoming a challenge – we try to kill an attacker or win a race – we go into savage beast’s survival mode and shut ourselves down for any “higher class” emotions. Our vision gets extremely narrow, and we’re no longer multi-tasking. Beating the challenge becomes the only thing that matters.

The best example is QTEs. You either engage in them emotionally or win them, but you cannot do both at the same time.

Does it mean that if you want a deeply emotional game, you should drop regular gameplay, with all its core combat loops, gameplay mechanics and other voodoo?

Any proof for that hypothesis?

The Walking Dead, for example.

Yeah, sure, it features “real gameplay” in the form of “survival moments” (fire a gun at a zombie) or light puzzle solving (pick up a key lying next to a chest to open the chest), but we all know these are just a fig leaf. Remove them and you would still get goose bumps just the same.

But if we remove the challenge and trial and error gameplay from video games, can we even still call them video games?

Who cares? Do you play games to pass the time or to create memories?

P.S. There will be a follow up post because the sky fell. I knew the title of this post was too click-baity, need to stop with that. Cough. Meanwhile, please read this on NeoGAF.