The Ambitions of Krzysiek Justynski

We welcome the eighth passenger of “Nostromo”, a game designer Krzysiek Justynski. Finally, Adrian can stop designing the game and focus entirely on writing blog posts about Bioshock Infinite.

Krzysiek, you’ve come to The Astronauts straight from CD Projekt RED, where you worked as a Quest Designer on The Witcher 3. So let’s milk the hell out of it and manufacture some drama!.. Nah, just kidding. But let’s tell the gamers reading this post: what did you personally like about The Witcher 3 the most?

The third Witcher is one of the most complex illusions of a fantasy world we have seen so far. We can freely explore a vast, diversified world. Settlements are inhabited by “live” communities: people go about their business during their day, and when the night comes they sit by the fire and share their stories. And each such a community is different depending on the part of the world they live in.

Of course, a lot of the game is the personal story of Geralt, the witcher: we romance, solve problems of the people we meet, hunt monsters – and all that affects the world around us. Also, just as it was the case with the previous installments, the studio puts a lot of work into the believability of all of the characters we interact with.

The game is a lot of great fun for those who love to disappear for dozens of hours into a fantasy world, and experience a exciting, well thought out story we so rarely see in video games. 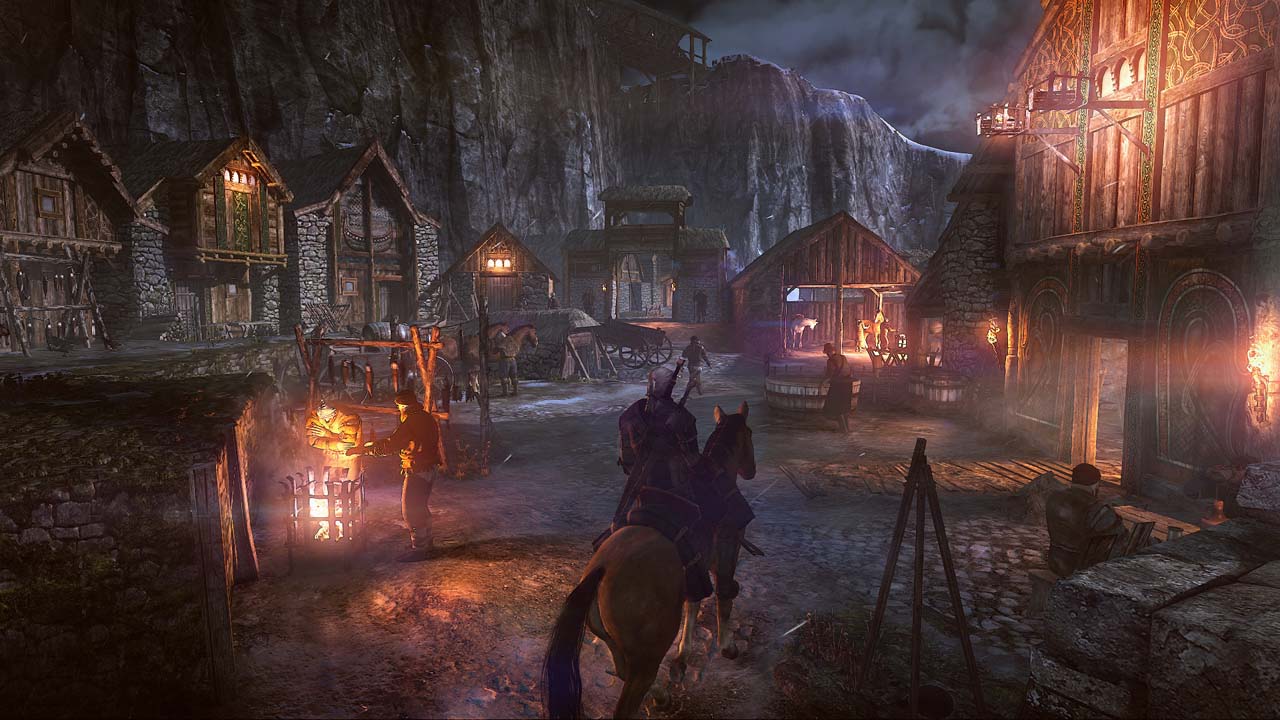 So… We’re curious. What did you think The Vanishing of Ethan Carter was before you joined The Astronauts? Were there any differences between your idea of the game, and the reality?

I expected it to be the story about the fate of a boy who disappeared in unexplained circumstances. Of course, the player’s job is to solve the mystery and to find the boy. From the previews, I got it that there are no monsters or bandits we have to fight with – so we’re not forced to take hundreds of lives in order to experience the story.

Also, I was hoping that the game focuses on the events surrounding the boy’s fate and life, just like To the Moon tells all about a certain old man’s life through the eyes of the pair of protagonists.

And that’s exactly what The Vanishing of Ethan Carter turned out to be, so I was glad to see I was right.

When I started working on the game, the biggest revelation was how many different ways to tell a story we can come up when we play as a detective. I can name dozens of thrilling detective books and movies, and yet in games only a handful of titles use the investigation as a story-telling device, e.g. Batman: Arkham Asylum or LA Noire. So I can see a massive opportunity here :) 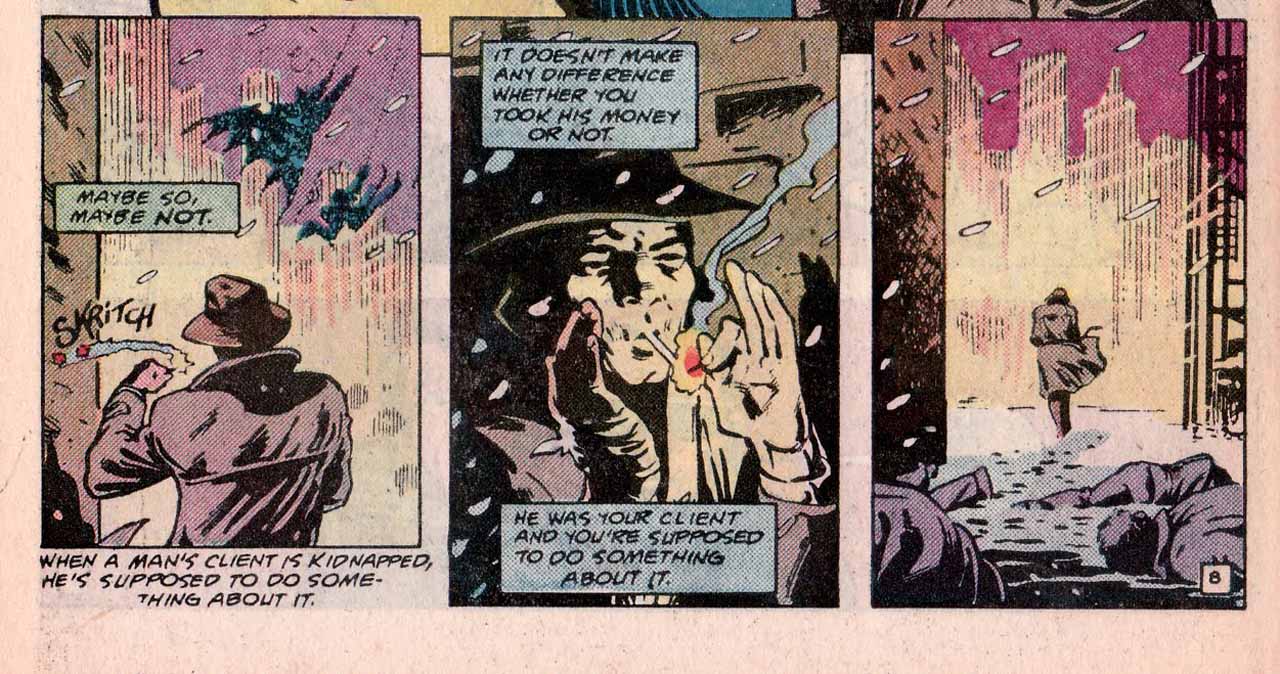 You started out as a mod maker, entered the professional game development as a QA specialist, only to switch back to the game design. This sounds like a recipe for those who want to design games, but have a hard time find a studio looking for inexperienced designers. Would you agree?

I can only recommend this “recipe” to those who are patient and perseverent. Finishing your first mod or a small game requires hundreds of hours of hard work, the ability to survive the never-ending struggle against a myriad of technical issues, psychological resistance to the frequency of change (it usually takes only a few weeks to realize that our idea that was supposed to revolutionize the world is actually kind of crap), and good communication skills – after all, most people don’t make their games alone.

A lot of people give up as soon as they realize how much work it all really is. So just finishing a mod or a game is a truly excellent first step.

If the mod is successful with the gamers, go ahead and apply for a job in a game studio. A lot of companies love talking to the mod makers that stand out. This goes deeper: some studios release their game engine for people to play with, and then later they hire the best modders.

It is true that QA guys sometimes switch to game design. It’s not the worst path, as being a tester allows you to get familiar with the studio, the tech, and ways to solve problems. If you manage to survive in the QA for a year or two, you have a real chance that someone will notice you. This way “a man from the street” can become a designer.

Game designers often think about improving games that are already perfect. That’s how we roll, baby. What’s your favorite game of the last few years and how would you make it better?

The Walking Dead. It’s a game that phenomenally develops its characters. They are believable, and you get more and more emotionally attached to them with each new line of dialogue.

However, the space between the action and conversation is filled with mundane puzzles that sometimes feel forced, and solutions to them are irrational. The players often ask themselves: ”Why am I looking for a key when I could just break the glass and unlock the door from the inside?”.

Also, every now and then it wasn’t clear what’s the next step in solving a puzzle – so I usually just kept clicking on every item in the location in hope this will move things forward. It would be great if they got rid of these issues in the second season. 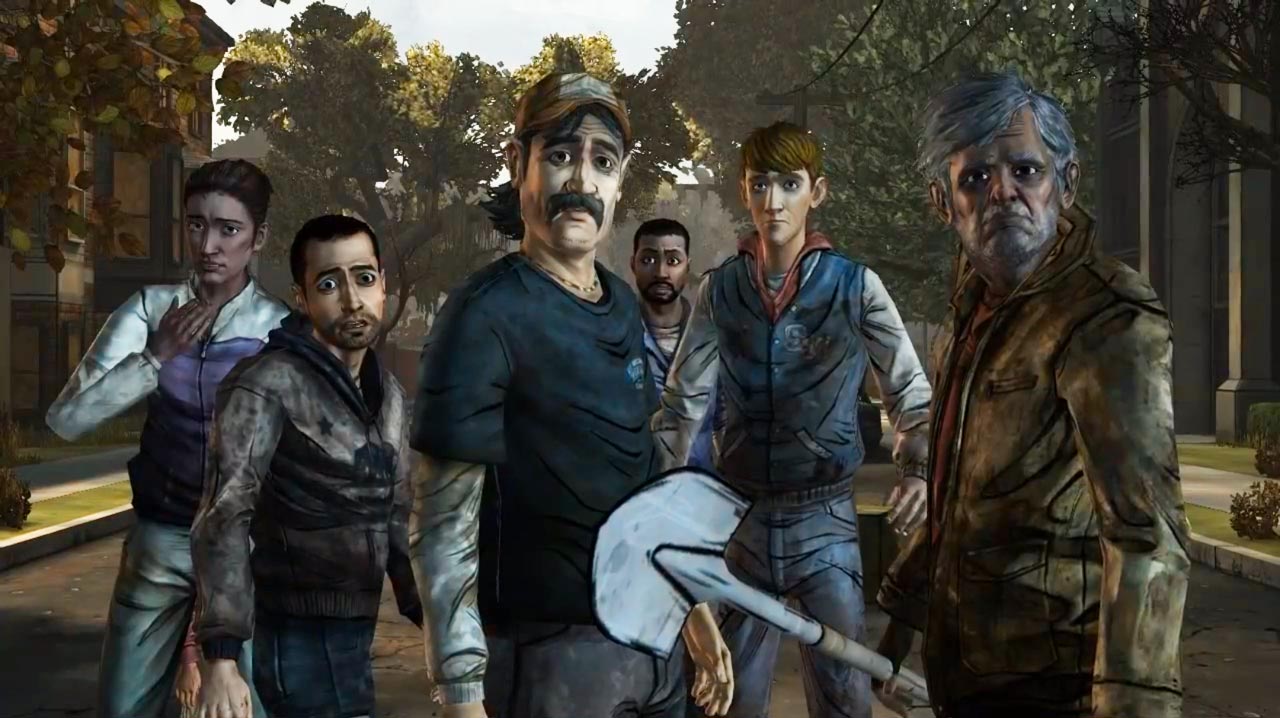 What do you like the most and the least in game development?

The most beautiful memories are created when after weeks of figuring out every detail of the script and after months of putting it all together you can see the game come to life. When all of the mechanisms begin to work, and you keep discovering new things in the game you thought you knew inside out. You launch the game and gasp at even the simplest elements that the graphic wizards created. The world keeps changing every single day.

What sucks? The last days before the premiere. You want to change a thousand things so much, but you can’t. All you can do is to wait for the verdict. Will the public like it? Will they hate the characters we wanted them to hate? Is the puzzle number four too hard? Is the puzzle number six too easy? Do we support all of their sound cards properly? And will someone find the easter egg hidden under the fourth pine to the left of the gate?

Shush, don’t spoil it! Anyway, happy to have you with us on this journey, Krzysiek. Welcome aboard!