We spy on the competition. We stalk their websites and shadow their Twitter accounts. For internal purposes, we’ve made a list of horror games that we’ll see in 2013. Then we thought: why not share it with the world?

These are not just any horror games. Since The Vanishing of Ethan Carter is an explorer type of game, we’ve focused on adventure horror here, where the exploration and discovery seem to be the main dish. That’s why you won’t see State of Decay or DayZ or Dementium 2 or Zwei or Dead Island: Riptide or tons of others here. They all look great, and we will surely play them all, but this blog post is about a different kind of gameplay.

We’re pretty sure we missed a few titles, and if so, let us know, and we’ll update the post. There’s a couple of titles, like Memory of a Broken Dimension, that we just don’t have enough info on, and some others… Well, we honestly have no idea which Slender game is the one to follow.

AMNESIA: A MACHINE FOR PIGS 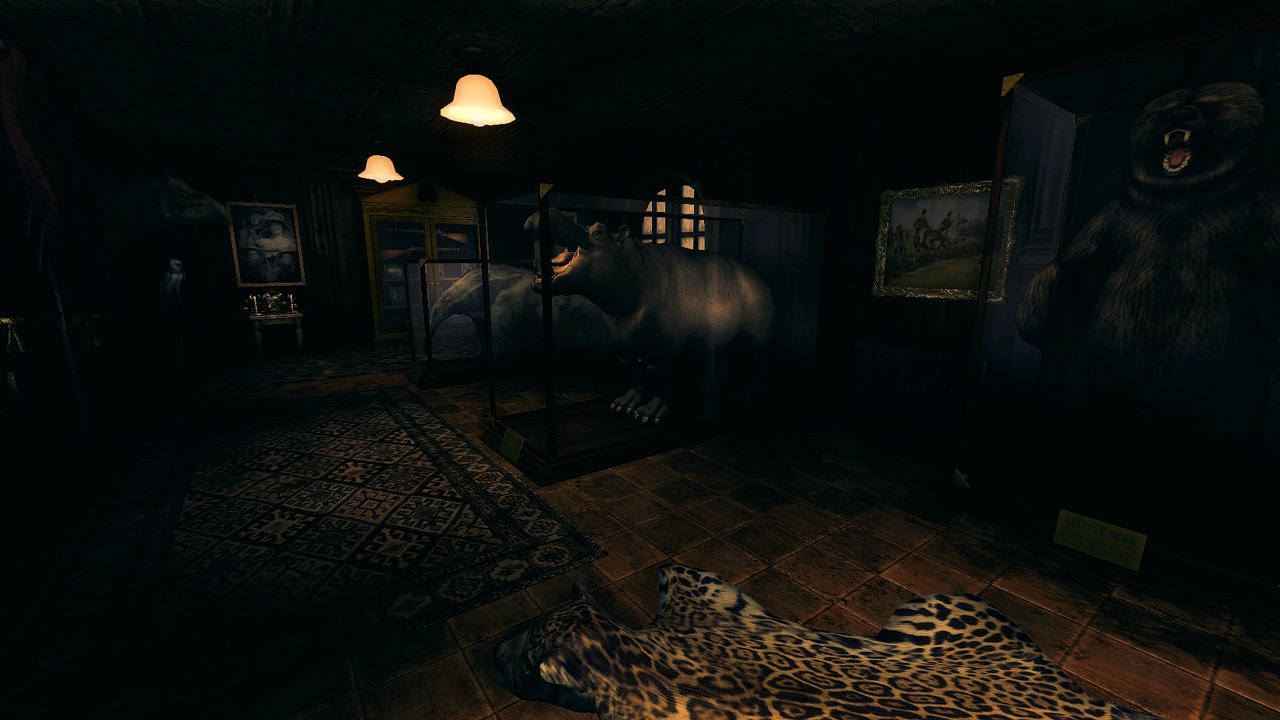 What if one of the smartest designers worked together with one of the most progressive designers? Probably something good, but let’s raise the stakes. What if two of the smartest, progressive designers worked together? Will the combined effort of thechineseroom (Dear Esther) and Frictional Games (Amnesia) be another milestone in the evolution of the horror genre? We will know soon enough, when the new Amnesia is finally released in the next quarter of 2013. 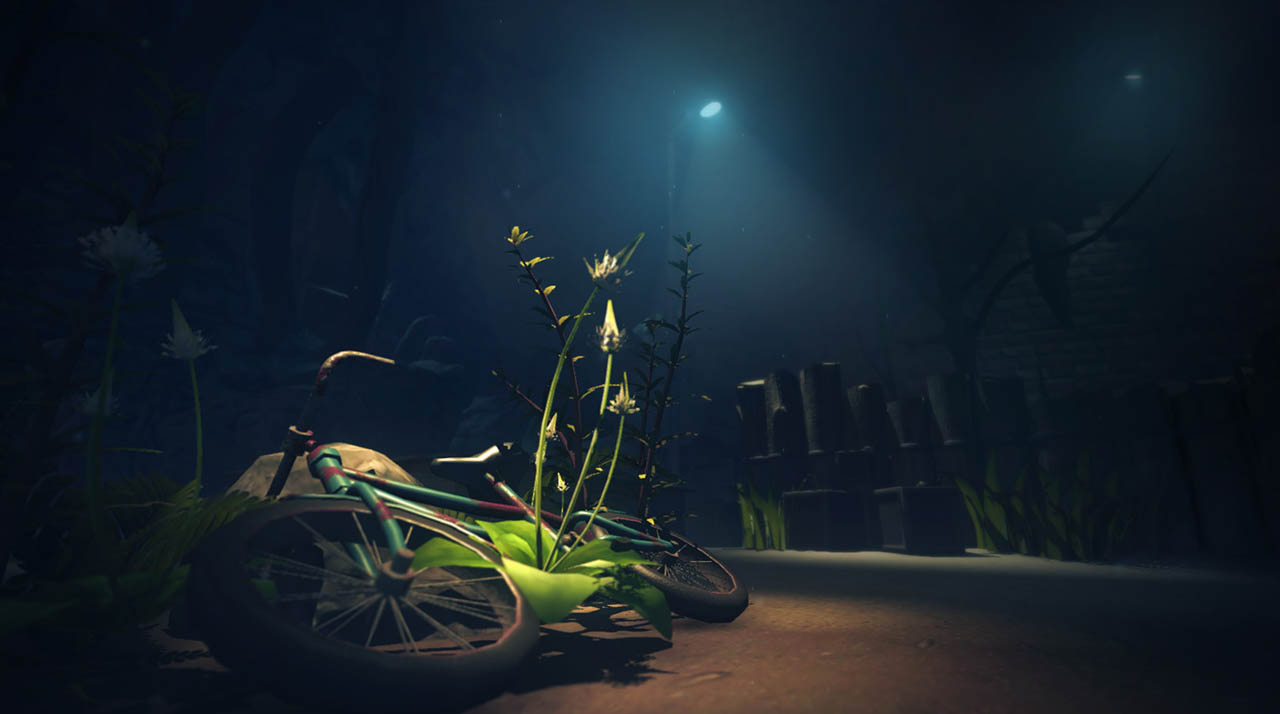 Easily the most surprising idea for a game here on this list. How does the world look like when you are a two years old baby? A regular baby, not the “sick” one as the child in A Short Tale of Solitude. We admit, there’s a possibility that the premise does not sound particularly exciting. But when you see the game in action, you quickly understand its insane potential. The execution seems to be spotless, and with a smart developer behind the project, we cannot wait to crawl on all fours once again. 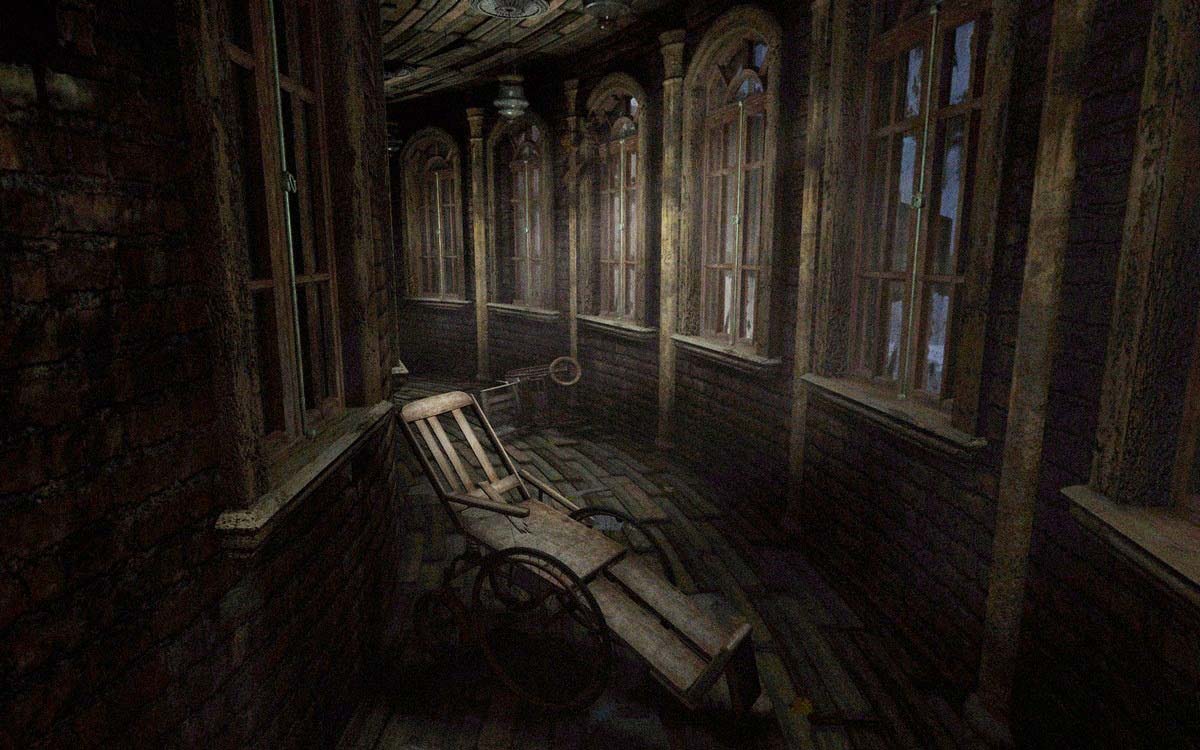 This is the first, but not the last game about an asylum in our list. Let’s not kid ourselves: old, abandoned asylums will never go out of style. Probably because old, abandoned asylums are never quite fully abandoned, and that’s fucking scary. At this very moment, Asylum is almost 100% funded on Kickstarter, and we’re 100% sure it’ll succeed there. Because Lovecraft! 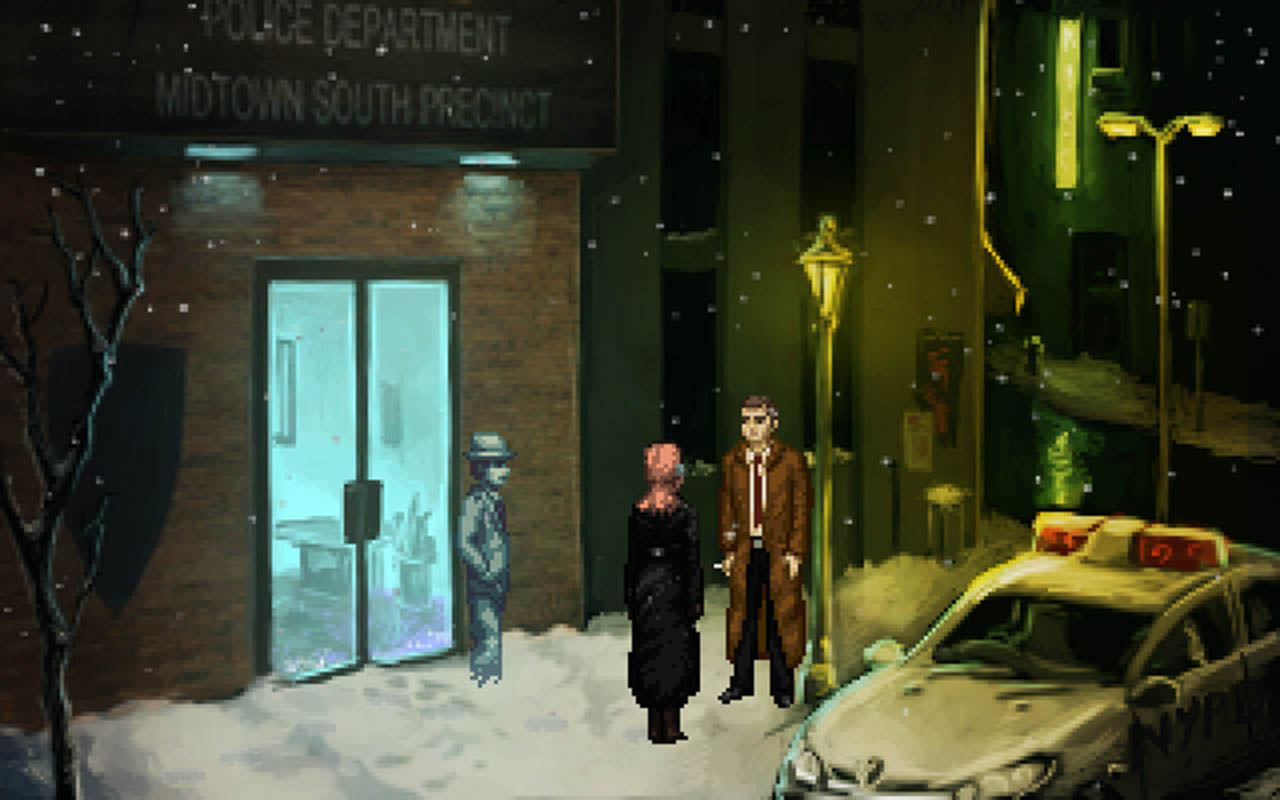 Most of the time, point and click adventures are great to experience, but not terribly fun to play, because their core mechanics is fundamentally broken. Unless it’s, for example, the Blackwell series. Apparently if your last name is Gilbert, your adventure games will always kick ass. Dave Gilbert knows what he’s doing, and don’t let the VGA visuals fool you: design-wise the Blackwell episodes are the smartest and the most fun point and clickers out there. 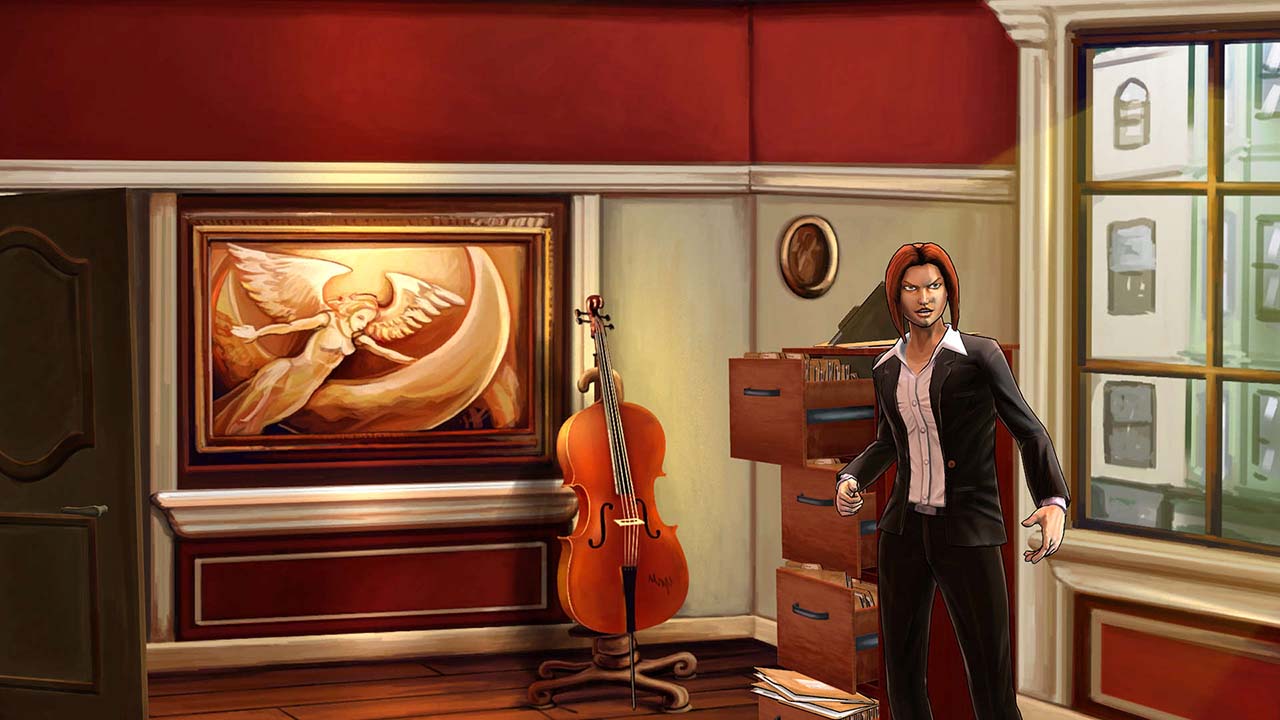 Cognition is an episodic point and click adventure, and even though it started in 2012, there are still many episodes ahead of us. Which makes us happy, because they are just brilliant. A point and click adventure in which things makes sense? Ka-ching! Also, Cognition has a similar idea to our own game (or vice versa): with one touch, the lead heroine can see the past and piece together how a crime unfolded. The actual mechanics are different, but we’ll always have a soft spot for investigators with supernatural abilities. 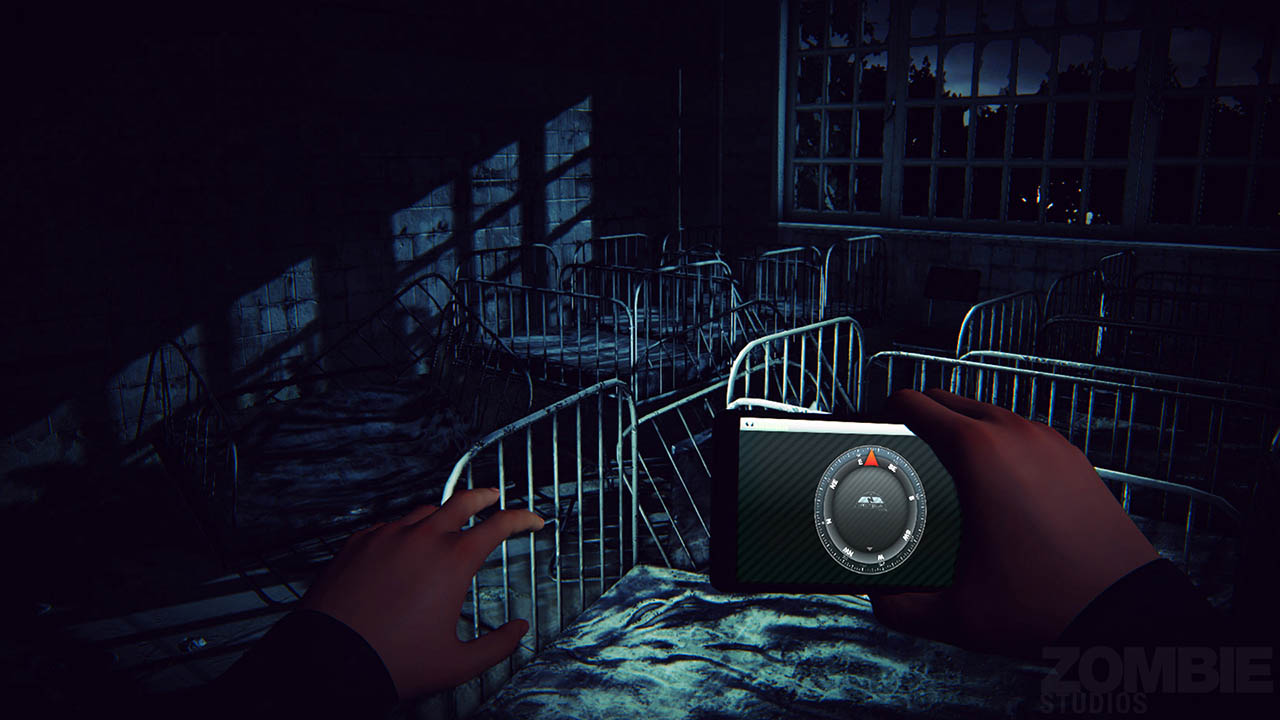 Have you ever heard about Jessica Chobot , the designer of the game? If you haven’t, then hi, freshman, welcome to the world of gaming. If you have, then you also know how much is at stake for Jessica here. So apparently she’s fearless. Also, to quote of the developers, “really messed up in the head”. All that bodes extremely well for Daylight, and the more we read about it – UE4, light gameplay, lots of room for your imagination – the more we want it right here, right now. 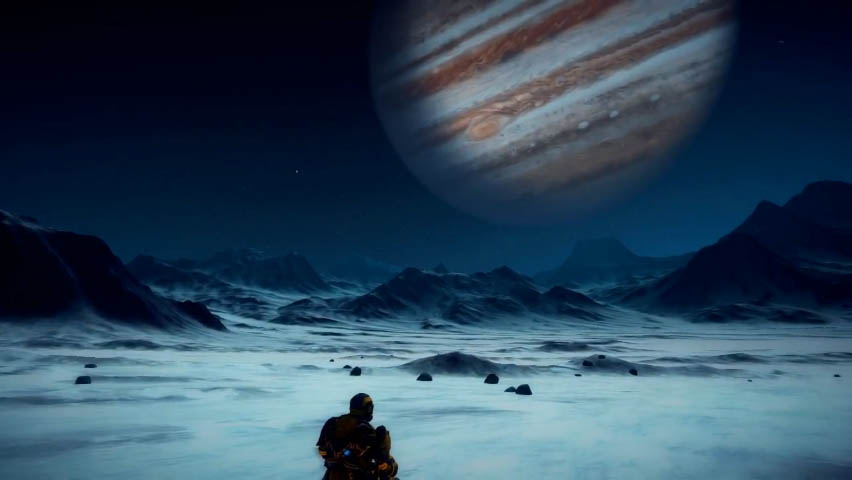 Talk about giving fans what they want… A game developer calling himself Quick Fingers made a little game called Europa Concept. You crash on a Jupiter’s moon, and unpleasant things happen. That’s always exciting, but what was remarkable was the immersion aspect of this little experiment. And, of course, “dat ending”. People loved it, and they demanded more. Quick Fingers listened, and Europa was born. Our earthly bodies are ready. 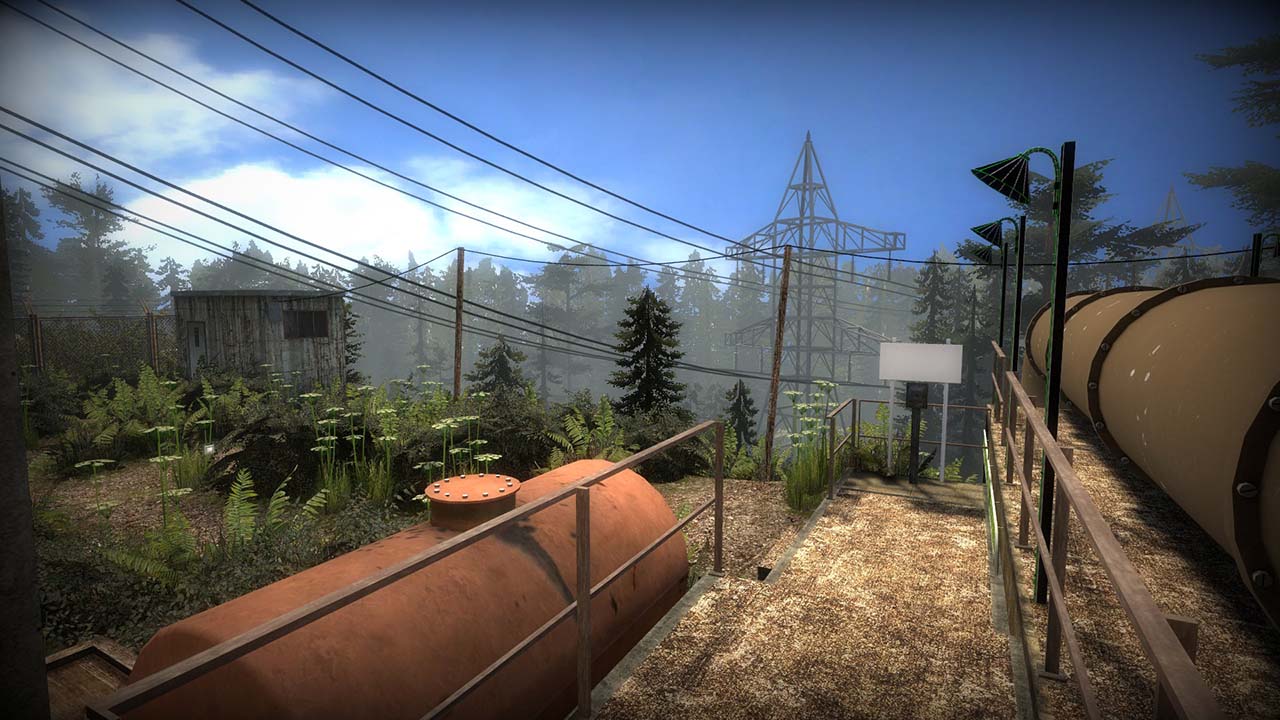 Is it a horror game? Well, it certainly isn’t a lullaby. Unless it’s the one from Silent Hill 4. Moving on… Infra is a survival game without guns, full of nicely embedded moral choices instead. Another unique thing is that there are no monsters or any other supernatural elements: your enemies are the city and its infrastructure. Fingers crossed. 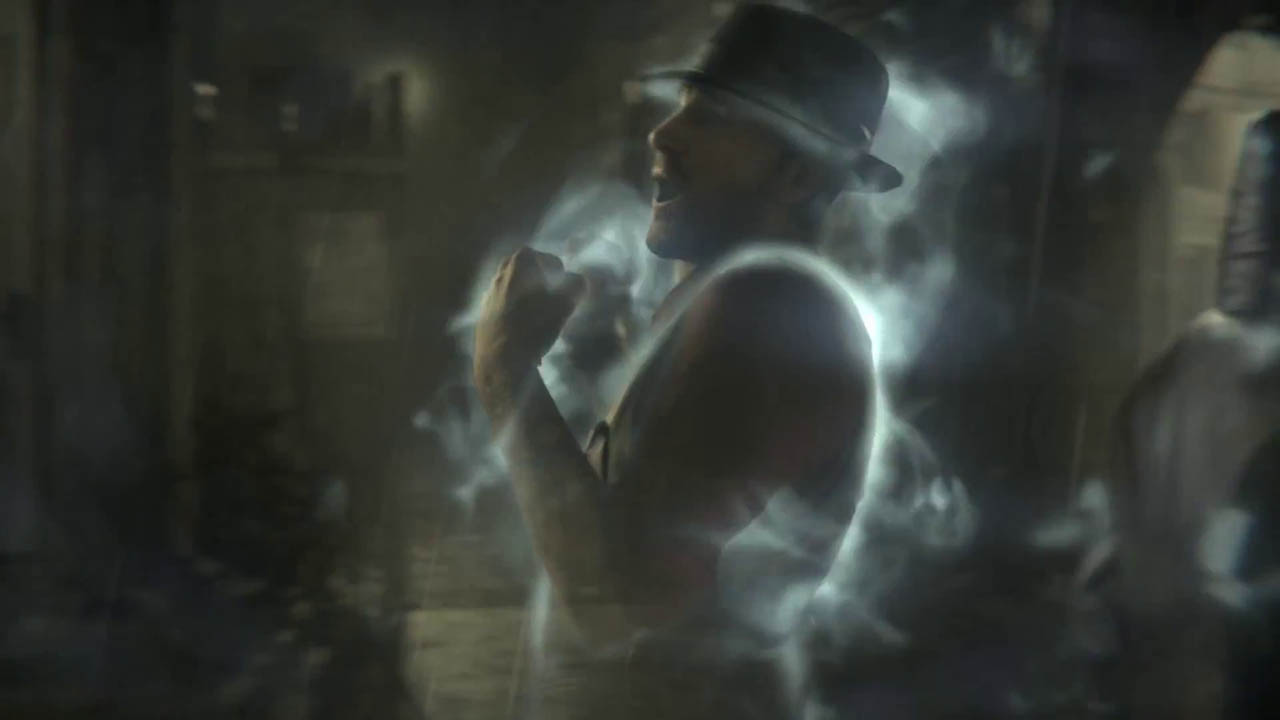 Hey, what’s AAA doing here, eh? And isn’t it planned for 2014? And who knows if it’s not a straightforward shooter? But let’s not dwell on technicalities, shall we? Especially when the game involves a supernatural detective. Just like our game. Anyway, this game’s tagline is “The hardest murder to solve is your own”, and we’re not sure that’s exactly true when you’re a ghost and can pass through walls and stuff. This way or another, the teaser got us curious, and we cannot wait to see more. 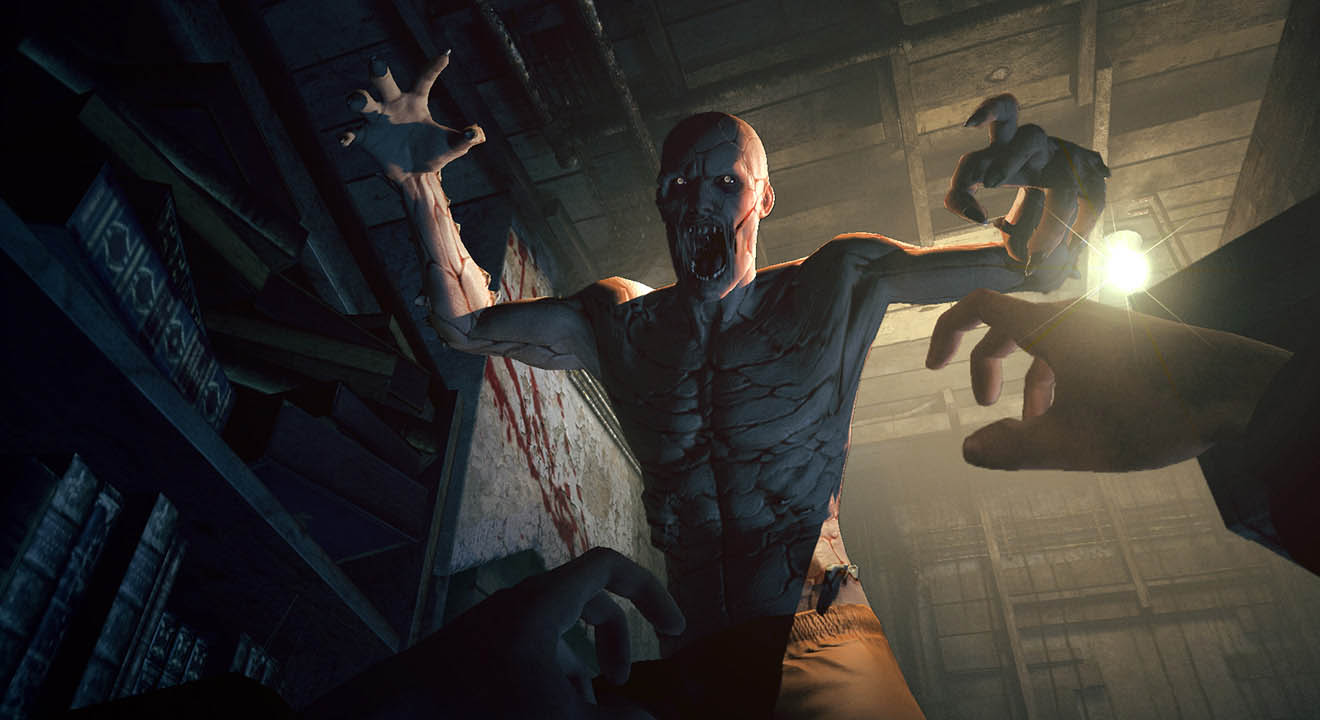 Apparently there is a rule that if you’ve never been to the AAA world, you make surreal puzzle platformers, and if you’ve left the AAA world, you make horror games. Just look at us. Anyway, Outlast is being made by the talented folks who previously worked on Prince of Persia, Assassin’s Creed and Uncharted, and is looking like a game able to satisfy your hunger for a true survival horror. 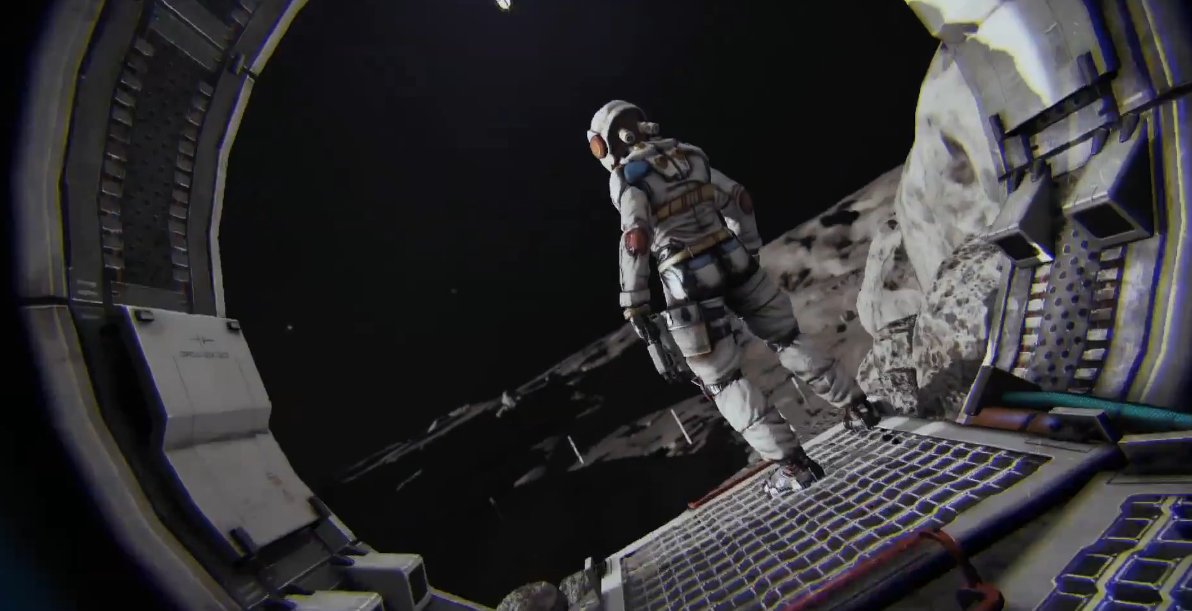 One of these days we need to write a blog post about the silliness of death in video games. Because dying in a game is silly. Except when it‘s for real. And in Routine, it is for real. Perma-death, baby. Also, the game is about exploring an abandoned Moon base, and it’s non-linear, without HUD, and with slick stylization of its visuals. All that adds up to what potentially can be one of the scariest games of all time. A game so scary you can die of a heart attack? We can live with that. Ba dum tss. 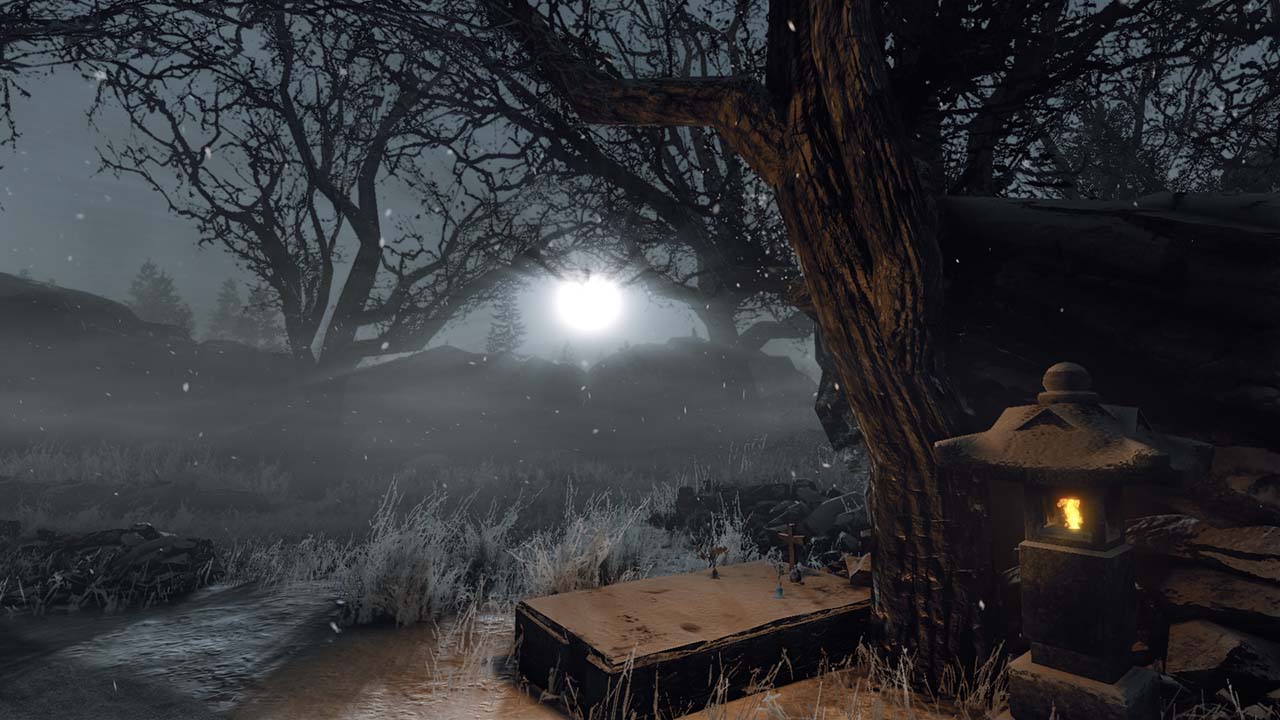 The previous effort from Dark Craft was a very experimental, very Lovecraftian, and very impressive mod called The Worry of Newport. There was no gameplay as such, but who needs gameplay when the game oozes Cthulhu mythos better than most professional productions. We have extremely high hopes for Triptych, and it seems like the developers themselves believe they have something special on their hands, and they are taking their sweet time to polish the game before the release. Waiting is painful, but all we know what happens to rushed games, don’t we? 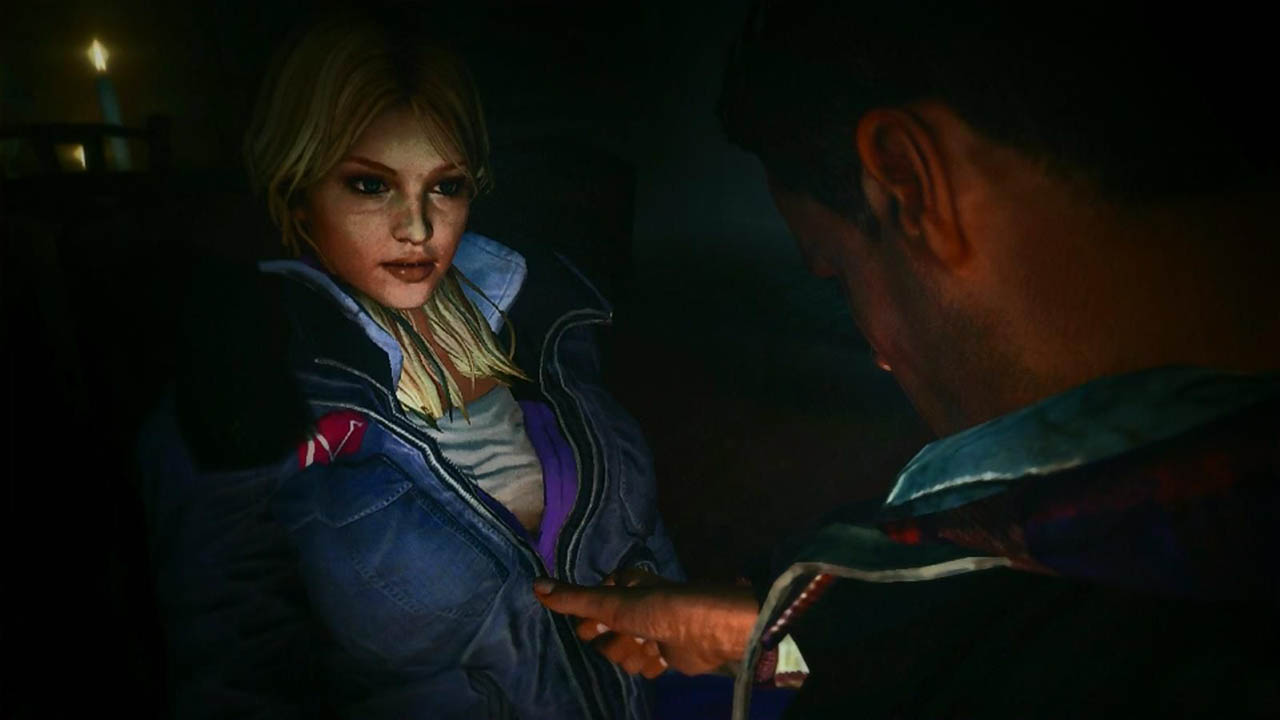 We don’t know what’s up with game developers these days. We have Epic Games, Supergiant Games, Nano Titans, Big Huge Games (RIP), Supermassive Games… Anyway, that last developer had a supermassively cool idea of making an adventure horror that pays tribute to the Slasher genre (aka Teen Horror). All that accompanied by a supermassively good execution. And possibly terrifying experiences, just look at the screenshot. Can’t wait. 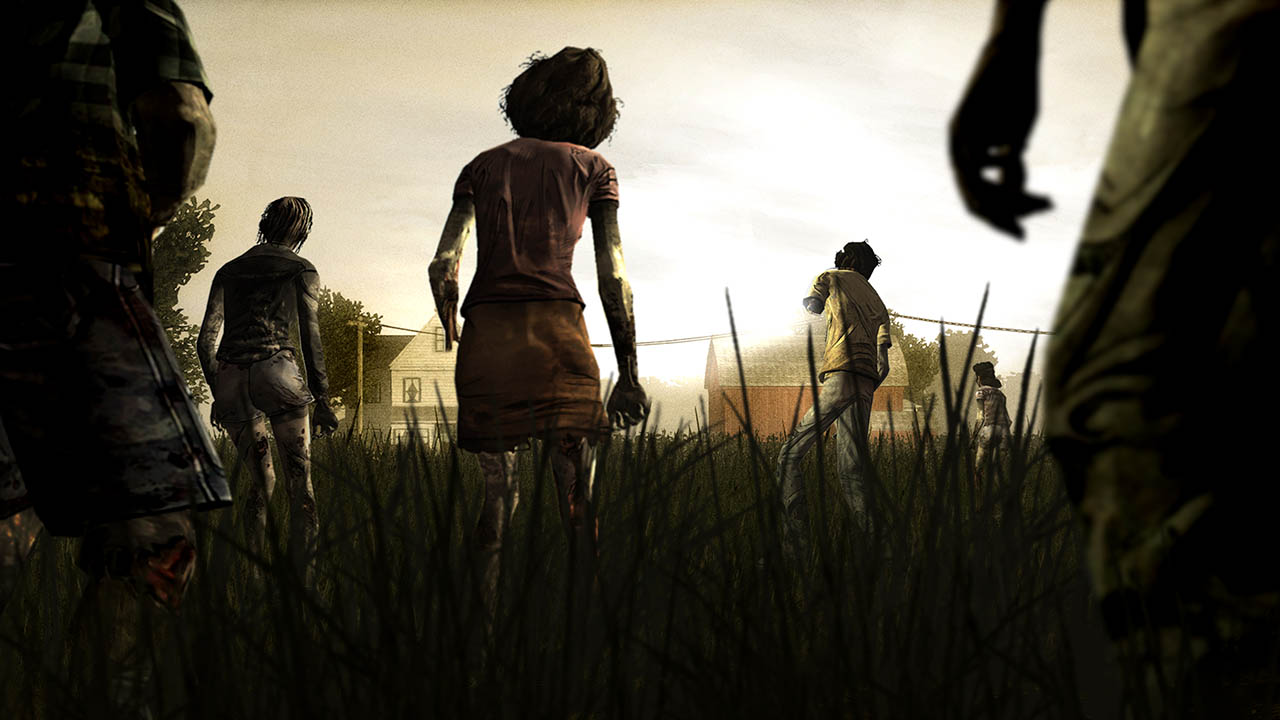 The best game of 2012 will have its second season sometime this year. We’re hoping for an entirely new set of characters and no mention of the old cast: the ending was perfect as it was. Of course, that won’t happen, but one can dream. Whatever, we’re there day one anyway.